The U.N. secretary-general said Tuesday it is his “hope and belief” that his emergency mission to the Middle East will lead to an end to the fighting between Hamas and Israel “in the very near future.” Ban Ki-moon told the Security Council by videoconference from the West Bank city of Ramallah that he could not publicly reveal details “at this highly sensitive moment.” As he started to address the council, a siren could be heard in the background. The U.N. chief has also visited Qatar, Kuwait, Cairo and Jerusalem, and said he will go on to Jordan and Saudi Arabia on what he called a mission “of solidarity and peace” to quickly end an escalating two-week war between Israelis and Hamas militants who control the Gaza Strip.

Suffice it to say, it is my hope and belief that these talks will lead to results and an end to the fighting in the very near future.

Their third conflict in just over five years has already claimed the lives of at least 609 Palestinians, the vast majority civilians, and 29 Israelis—27 soldiers and two civilians. In the last three days, Ban has met with the head of the Arab League and Arab, Palestinian and Israeli leaders as well as U.S. Secretary of State John Kerry and Norway’s foreign minister. He also spoke to French President Francois Hollande. Ban said “the most promising prospect of a ceasefire” is an Egyptian initiative to return to the cessation of fighting in November 2012 that has been endorsed by Palestinian President Mahmoud Abbas and the Arab League—but not Hamas.

I encourage all those with influence to urge constructive action … This is the most meaningful path to peace. 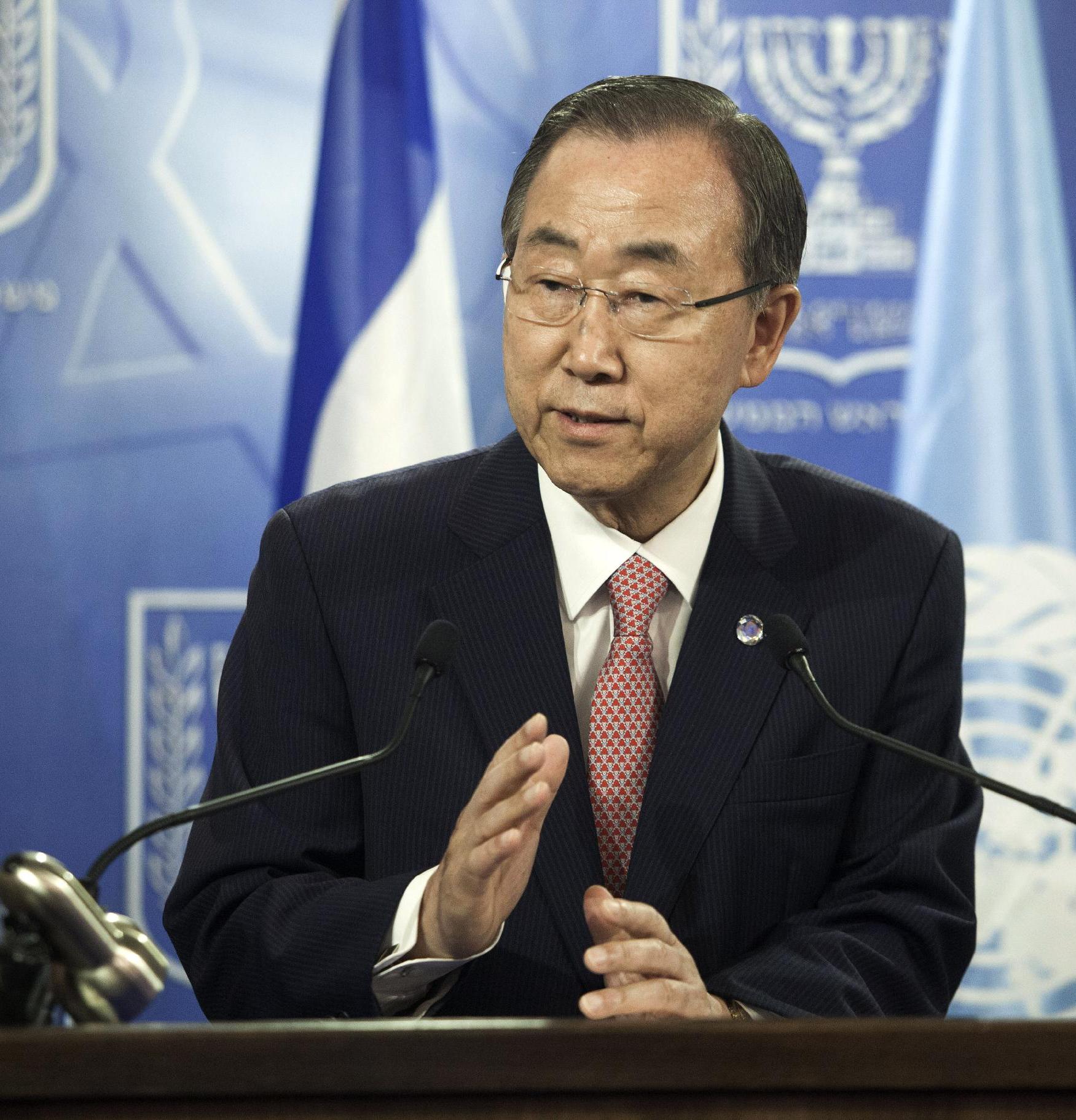