Though a couple of rumors have escaped the Googleplex—because of course Google must have a drone-delivery program—Project Wing’s official existence and substance were revealed Thursday night in The Atlantic. Now, Google will begin growing the program in an ultimate push to create a service that will deliver things people want quickly via small, fast “self-flying vehicles,” as they like to call them.

What excited us from the beginning was that if the right thing could find anybody just in the moment that they need it, the world might be radically better place.

Google landed on an unusual design called a tail sitter, a hybrid of a plane and a helicopter that takes off vertically, then rotates to a horizontal position for flying around. For delivery, it hovers and winches packages down to the ground. At the end of the tether, there’s a little bundle of electronics they call the “egg,” which detects that the package has hit the ground, detaches from the delivery, and is pulled back up into the body of the vehicle. 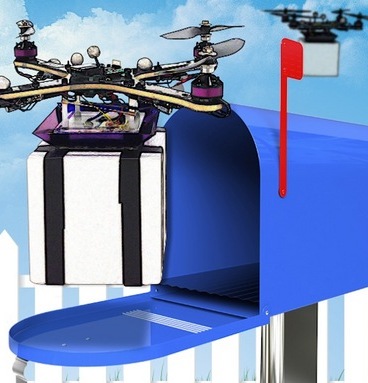