While the cult of CrossFit was busy praying to the Paleo Diet gods for pure, unprocessed bacon, sportswear maker Reebok was listening in from the nave. The brand has developed its own version of the breakfast staple in honor of the Reebok-sponsored CrossFit games, to go along with dieter’s regiment of healthy fats, fruits and veggies. Launched last week to lineups of adoring, super cut and hunky fans, Reebok Bacon follows the principles of Paleo—uncured, free of nitrates, preservatives, MSG and sweeteners. Plus it was sourced from a provider endorsed by the dieter’s premier periodical, Paleo Magazine.

We don’t stop sizzlin’ just because the Games are over.

While it could be quite possibly one of the most absurd brand extensions to come out of the marketer’s boardroom, it’s also kind of genius. Since 2007, the CrossFit Games have gained steady momentum and have grown 166 percent year-over-year according to market researchers Channel Signal. Last year 140,000 submitted scores from five standardized workouts in hopes of running, jumping and lifting with the best. And as this year’s winner of the “Fittest Woman on Earth,” Quebec student Camille Leblanc-Bazinet can attest, the $275,000 prize sponsored by Reebok doesn’t hurt either. 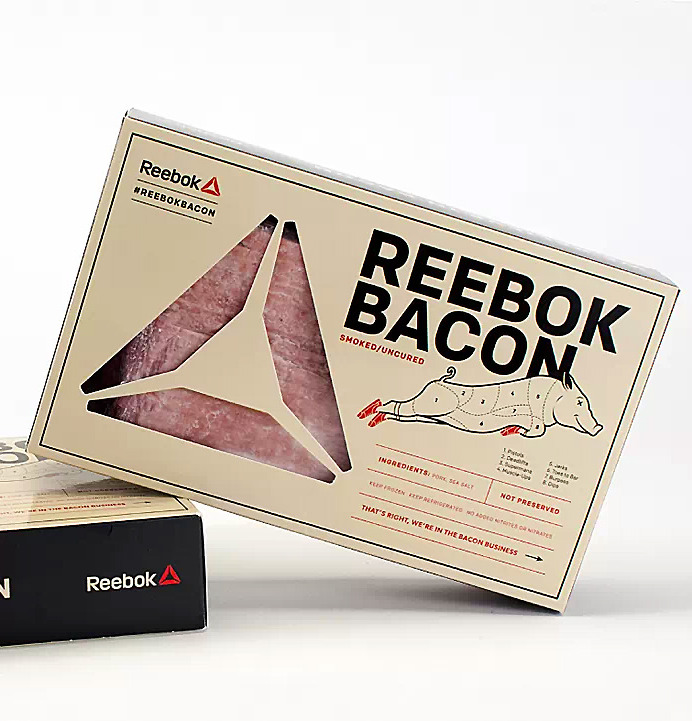