Three more people are under quarantine for possible Ebola at a Madrid hospital after a Spanish nursing assistant became infected there. More than 50 other people are being monitored as experts try to understand why Spain’s anti-infection practices failed. Health authorities are investigating how the nursing assistant, part of a special team that cared for a Spanish priest who died of Ebola last month, became infected. She was the first case of Ebola being transmitted outside of West Africa. News of the Ebola quarantines spooked investors because Spain is one of Europe’s biggest tourist destinations. Shares of Spanish airline and hotel chain companies slumped as investors feared the Ebola case might scare away travellers. Spanish authorities rejected claims they were slow to react to the case, but about 20 health care workers at the hospital protested outside.

We [the U.S.] are also going to be working on protocols to do additional passenger screening, both at the source and here in the United States.

The nursing assistant, reportedly in her 40s, was not identified to protect her privacy but union officials she had 14 years of experience and authorities said she had no children. She was being treated with blood plasma from a cured Ebola victim. Her husband has shown no signs of having the disease but was admitted to hospital as a precaution. A nurse who also treated the priest who died on September 25 was put into quarantine after experiencing diarrhoea but she did not have a fever. A Spanish engineer who arrived home after travelling to Nigeria was also under quarantine but his first test was negative for Ebola. Authorities have been in touch with 22 people who have been in contact with the nursing assistant with Ebola - including relatives. They were also monitoring 30 other members of the health care team that treated the priest. 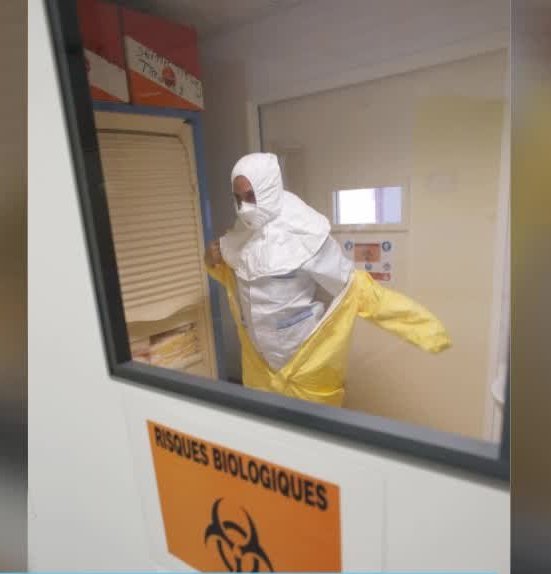