Real Madrid legend Alfredo Di Stefano, considered one of football’s all-time greats, has died after suffering a heart attack. During an 11-year spell with the Spanish club he scored 216 goals in 282 league games (a total of 418 goals in 510 official games) and was the league’s top scorer on five occasions. The Argentinian-born player, 88, was also key to Real Madrid winning the European Cup five years in a row, from 1956 to 1960.

People argue between Pele or Maradona. For me, Di Stefano is the best. He was much more complete.

Pele quoted as saying in Spanish media in late 2009

On its website, the club describe Di Stefano, known as “La Saeta Rubia” (the blond arrow) as the “best footballer of all time” and he was also their honorary president. Di Stefano suffered a heart attack on Saturday. In a statement, Real Madrid said he passed away in hospital at 5.15pm local time on Monday. He had several health problems and had been fitted with a pacemaker in 2005 following heart surgery.

The President of Real Madrid Florentino Perez and club Board would like to express its deepest condolences and all their love and affection to their children, their families and friends. 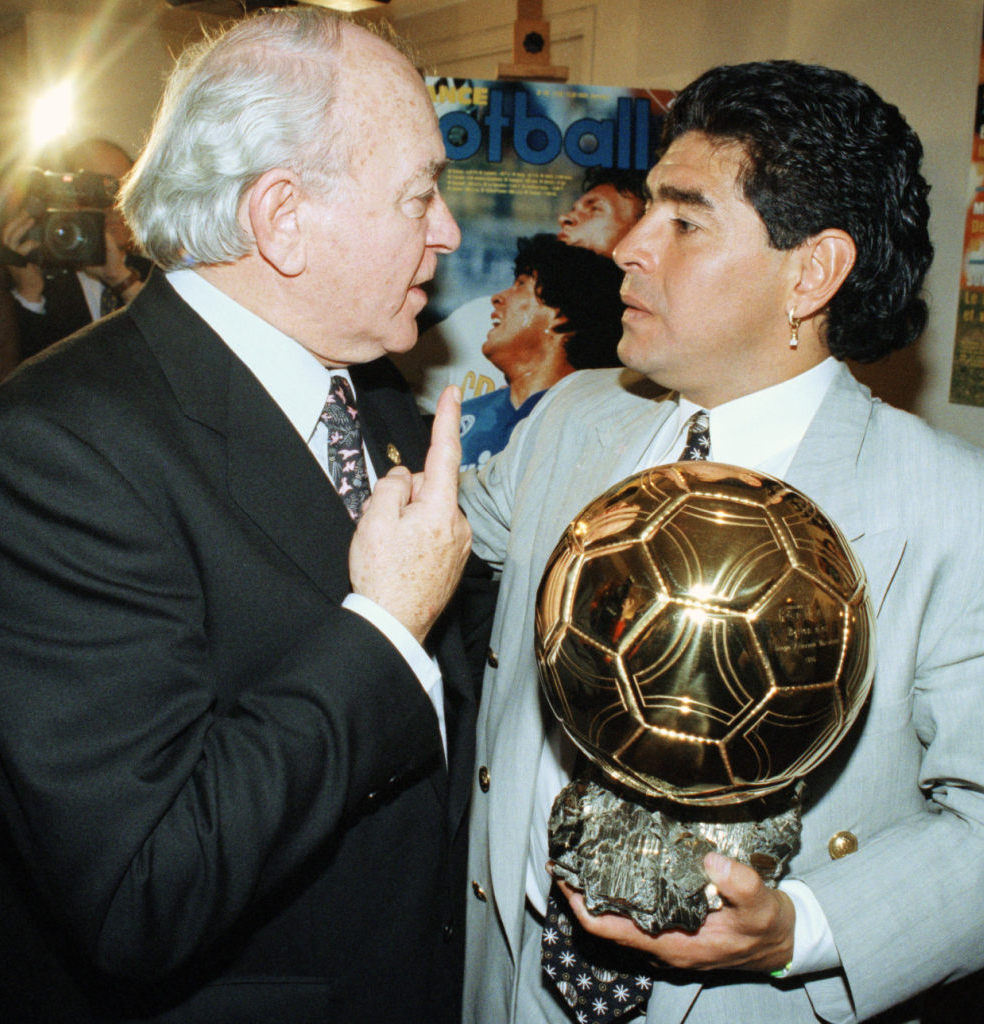