Record 17,000 rally against ‘Islamisation’ in Germany

On Monday, a record 17,000 anti-Islamic protesters rallied for their tenth demonstration in as many weeks in eastern Germany. Braving cold and wet weather, they gathered outside the historic Semperoper concert hall for their pre-Christmas recital. The management of the opera house signaled its distaste by turning the building’s lights off and flying flags outside that read: “Open your eyes”, “Open your hearts”, “Open doors” and “Human dignity is sacrosanct”, the first line of the national constitution. Germany has for weeks grappled with the emergence of the “Patriotic Europeans Against the Islamisation of the Occident” or PEGIDA, whose ranks in the city of Dresden have swelled rapidly from just a few hundred in October.

By singing Christmas carols, PEGIDA were seeking to exploit a Christian symbol and a Christian tradition for political purposes.

About 4,500 counter-demonstrators marched through the city under the slogan “Dresden Nazi-free”, warning that there was no space for racism and xenophobia in the country that perpetrated the Holocaust. But most PEGIDA followers insist they are not Nazis but patriots who worry about the “watering down” of their Christian-rooted culture and traditions. The movement has emerged at a time when Germany has become the continent’s top destination for asylum seekers, and the world’s number two destination for migrants. The influx of refugees from Syria, Iraq, Afghanistan and several African and Balkan countries has strained local governments, which have scrambled to house the newcomers in old schools, office blocks and army barracks. 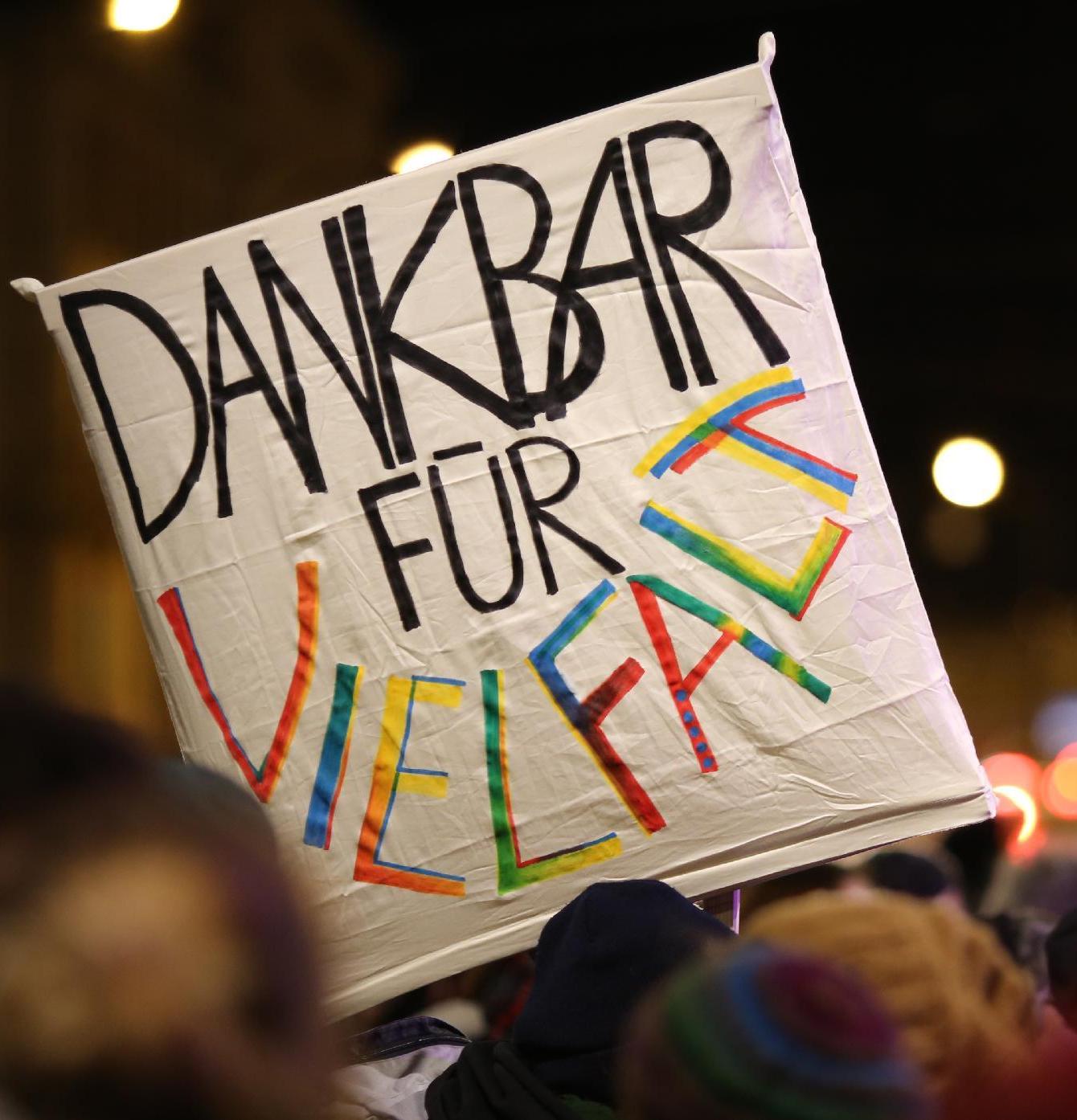