Survivors of one of Australia’s deadliest wildfires are to be awarded nearly $500 million in a class-action settlement reached Tuesday, the largest such compensation in the nation’s history. The fire was the biggest in a series of blazes that tore through the southern Australian state of Victoria in 2009, leaving 173 people dead and destroying more than 2,000 homes in just over a single day. The action against power distributor SP AusNet and asset managers Utility Services Group involved 10,000 people, including relatives of 119 people killed in the fire, people injured and those who lost their homes and property.

It is a tragedy that the conductor eventually failed on one of the worst days imaginable.

More than 5,000 people joined the class action, arguing the company was negligent because it hadn’t maintained its power lines, which sparked the fire. SP AusNet said the settlement was without admission of liability. Under the proposed settlement, the state of Victoria will pay more than $100 million for inadequate warnings at the time of the fire and insufficient controlled burns. Lawyer Andrew Watson, who represents the plaintiffs, said the settlement still needs final court approval. It will then take 12 to 18 months to distribute the payouts, he said.

It has been a tough, gruelling five years since the fire killed our son, left our daughter without her big brother and destroyed our home. 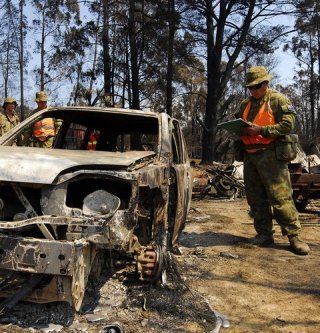