Rights groups: Tibetan nun sets herself on fire in protest

Overseas Tibetan rights groups say a nun has set herself on fire to protest Beijing’s control over the region in the latest in dozens of self-immolations by Tibetans in recent years. London-based Free Tibet said Friday that Yeshi Khando circled a monastery and then self-immolated while calling out slogans including “Tibet needs freedom.” The Washington, D.C.-based International Campaign for Tibet also reported the immolation, but used a slightly different spelling for the nun’s name.The groups says security personnel and police used extinguishers to put out the flames and took Yeshi Khando away, and that local sources believed she died. A woman reached at the Ganzi county government denied that any self-immolation happened on Wednesday and hung up.

This week, Tibet’s Communist Party Secretary Chen Quanguo ordered Tibetan monasteries to display Chinese flags and to vow to assess Buddhist monks and nuns for their “patriotism”. It is not clear on what grounds the assessments would be made. China often uses terms such as “patriotic” and “harmonious” to mean allegiance to political authorities. There have been more than 130 cases of Tibetans setting themselves on fire in China since 2009, most of them fatal, both the ICT and RFA said. Self-immolations peaked in the run-up to the ruling Communist Party’s pivotal five-yearly congress in November 2012, and have become less common since. 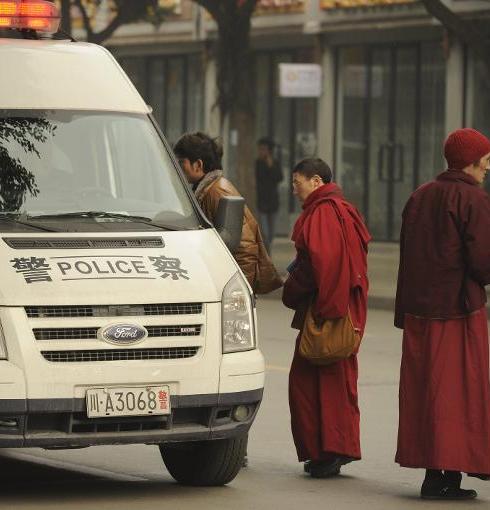