A dog has been learning to walk with the four prosthetic legs fitted after he was maimed by frostbite. Brutus the Rottweiler became disabled when his breeder amputated the damaged paws himself. He is only the second dog ever known to have four prosthetic limbs and the way the high-stepping hound walks resembles a robotic dog. The two-year-old starting using the artificial legs several months ago and is now set to get an improved set of prosthetics.

He just has these little peg legs to get around on and he does a pretty good job inside the home.

Laura Aquilina, who cares for him in Loveland, Colorado

Exercises and play help him learn how to balance and his next step will involve physical therapy at Colorado State University’s Veterinary Teaching Hospital in Fort Collins, Colorado. Brutus’ contraptions were made by Orthopets which produces prosthetics for about 250 animals worldwide a year. Founder Martin Kaufmann: “Brutus is an amazing case of a beautiful dog who was dealt a short hand. “He can get out and do normal doggy things. And it just makes you feel so good.

He’s able walk in them. It’s not always pretty. We want to be able to give him a higher functioning, where he can run and play with other dogs, go on hikes. 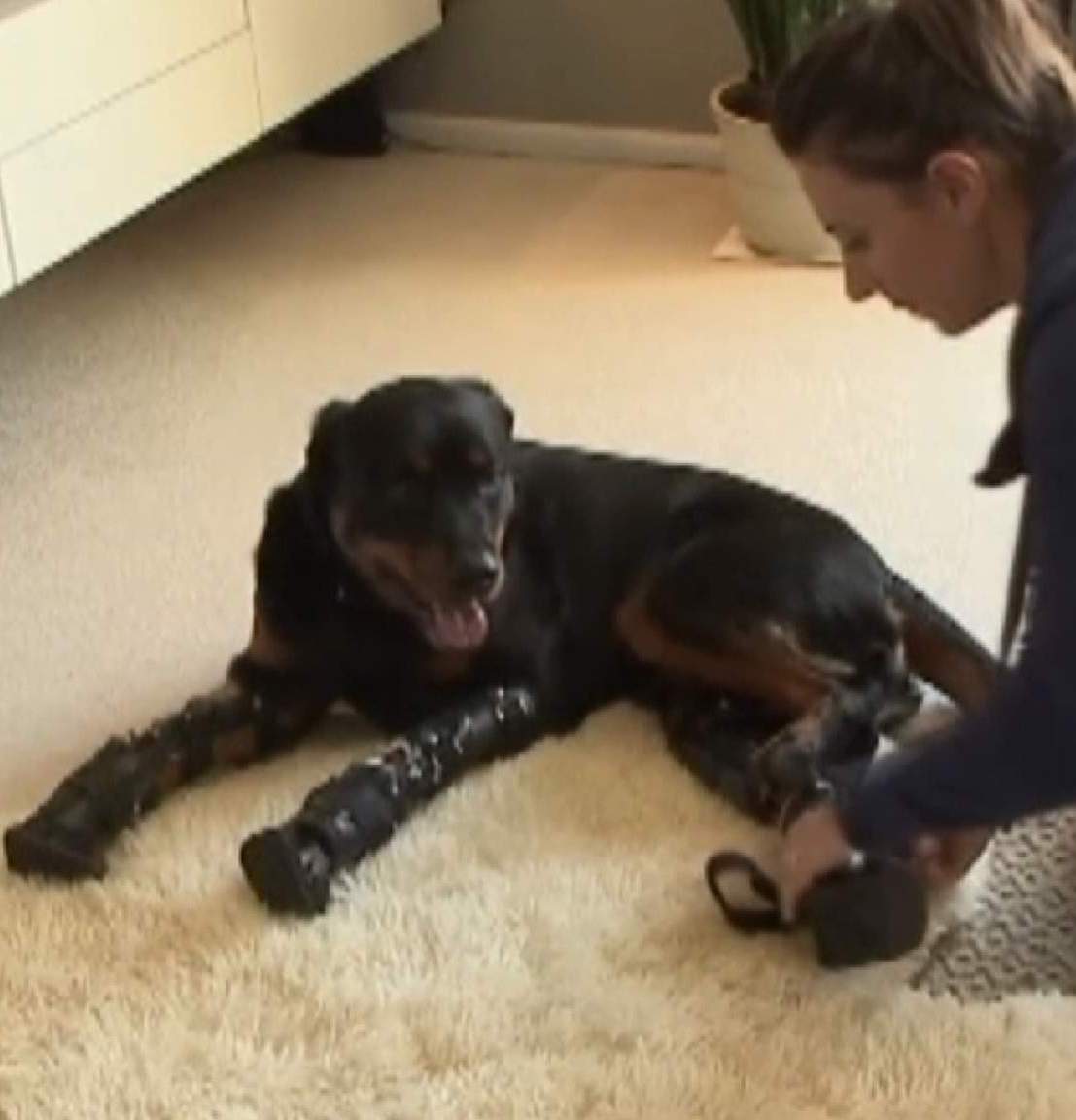