Roller-skating instructor due in Indian court over ‘rape’ of schoolgirl, 6

A roller-skating instructor is due in court later accused of raping a 6-year-old girl at a school in India. The married father-of-one was arrested on Sunday over the alleged attack at the top private school in Bangalore. Police also seized the 30-year-old’s laptop, which allegedly contained child abuse videos downloaded from the Internet. His job was to supervise roller-skating activities as part of the school’s sports programme. He had worked there since 2011.

He is married and has a 3-year-old child too. We will produce him in the local court on Monday and seek his custody for further interrogation and investigation.

Thousands of angry people have taken to the streets of the city in protest at the alleged attack. The child was allegedly assaulted when she left her classroom to go to the bathroom at the school, which cannot be named for legal reasons, on July 2. Parents have claimed school authorities tried to shield the suspect and hush up the crime. It is the latest in a series of cases of sexual violence that have sparked nationwide demonstrations since the fatal gang rape of a student on a moving bus in New Delhi in 2012. 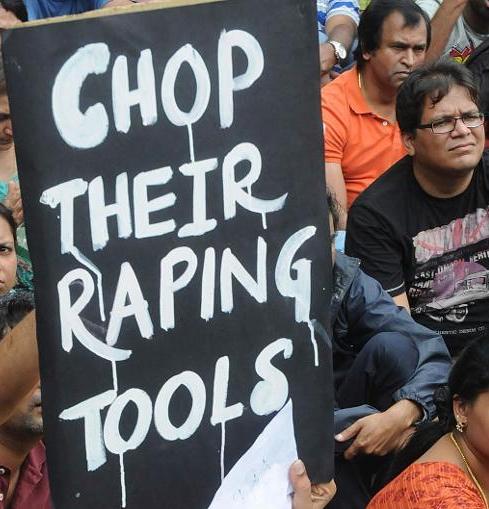