Five people have fled from a cafe in Australia where a gunman took an unknown number of hostages at the height of the morning rush-hour. Earlier, two people inside the building were seen holding up a flag containing an Islamic declaration of faith. The first development came six hours after the hostage crisis began, when three men were seen running from a fire exit of the Lindt Chocolat Cafe in central Sydney. Shortly afterwards, two women, one after the other, sprinted from the cafe and into the arms of heavily armed police. Both were wearing aprons with the Lindt chocolate logo, indicating they were members of staff.

We have not yet confirmed it is a terrorism-related event. We’re dealing with a hostage situation with an armed offender and we are dealing with it accordingly.

It was not clear how many people remained inside the cafe in Martin Place - a plaza in the heart of Sydney’s financial and shopping district - but it has been reported there could be dozens. Many of those inside the cafe would have been taken hostage as they called in for coffee on their way to work. New South Wales state police Commissioner Andrew Scipione said police did not know the gunman’s motive. police negotiators have made contact with the gunman. Hundreds of officers flooded into the area, streets were closed and offices evacuated. Members of the public were told to stay away from Martin Place, home to the state premier’s office, the Reserve Bank of Australia, and the headquarters of two of the nation’s largest banks. The state parliament house is a few streets away.

We raced to the window and saw the shocking and chilling sight of people putting their hands up against the panes of glass at the cafe. This was just extraordinary.

Patrick Byrne, a producer at Channel Seven whose newsroom is opposite the cafe, told ABC News. 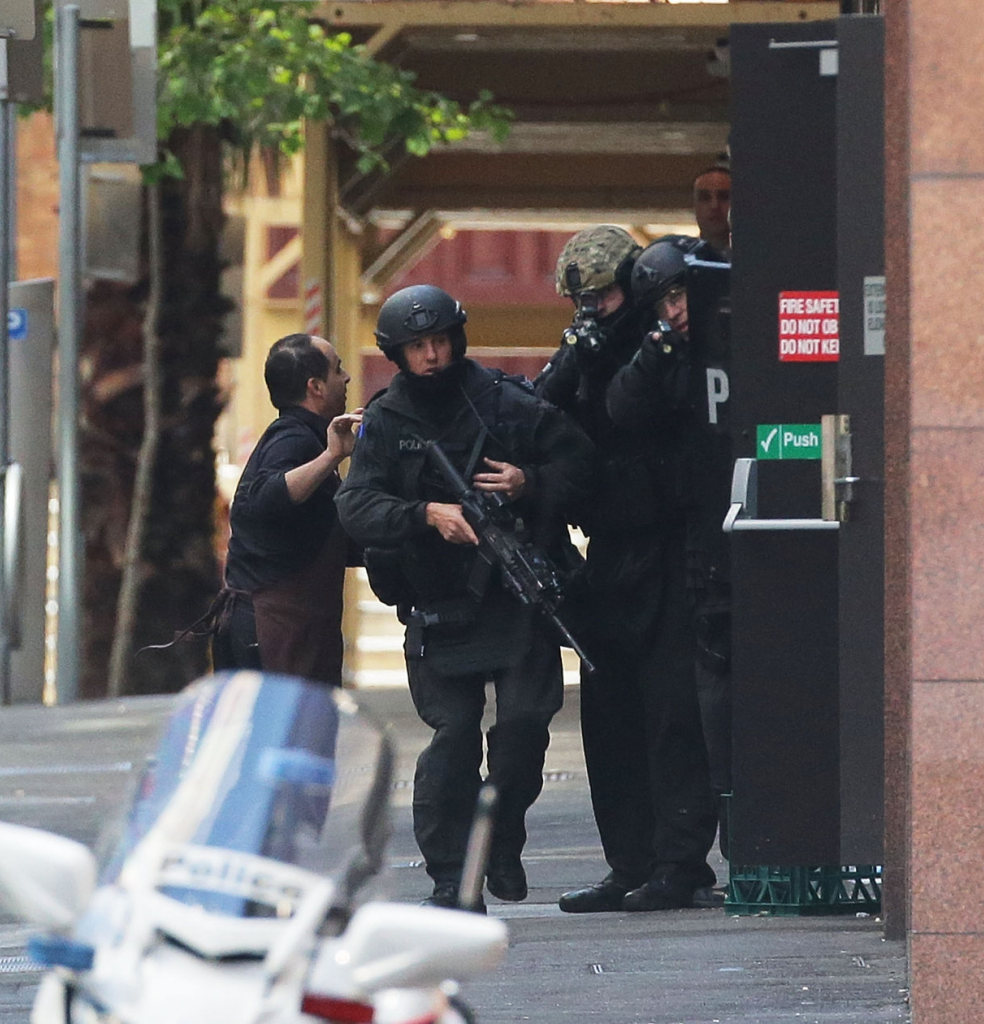