The European Union and United States both expressed concern Sunday over the arrests in Turkey of more than two dozen leading media figures in lightning raids targeting perceived opponents of President Recep Tayyip Erdogan. The operation was the most significant yet against supporters of U.S.-based exiled cleric Fethullah Gulen, a former ally of President Recep Tayyip Erdogan who the Turkish strongman has accused of running a parallel state from abroad. The European Union condemned the police action, saying it went “against the European values” that Turkey aspires to as it seeks membership in the bloc. Meanwhile, U.S. State Department spokeswoman Jen Psaki said “we urge the Turkish authorities to ensure their actions do not violate these core values and Turkey’s own democratic foundations”.

[The raids were] incompatible with the freedom of media, which is a core principle of democracy.

At least 27 people were detained in raids across Turkey, including Ekrem Dumanli, the editor-in-chief of the Zaman daily newspaper which is closely linked to Gulen. Those held include an executive of Samanyolu television, also seen as close to Gulen, as well as a TV director, producers, scriptwriters and some police officers. The official Anatolia news agency said detainees were accused of a number of offences including “using intimidation and threats” to “form a gang to try and seize state sovereignty,”“forgery” and “slander”. The crackdown came almost a year to the day after Erdogan’s government was rocked by stunning corruption allegations that the authorities denied and blamed on Gulen. 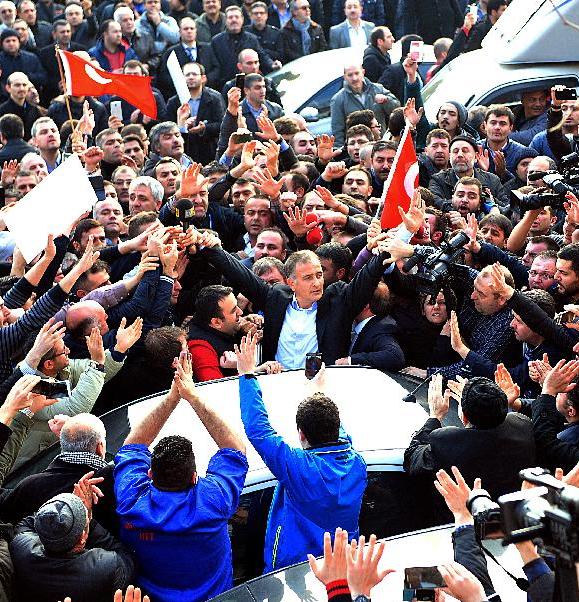