Russia enraged by new round of damaging Western sanctions

U.S. and European sanctions against Russia’s energy and finance sectors are strong enough to cause deep, long-lasting damage within months unless Moscow persuades the West to repeal them by withdrawing support for Ukrainian insurgents. The U.S. and European Union released details Wednesday of new sanctions aimed at hurting Russia’s economy without doing undue damage to their own trade interests, punishment for alleged Russian support for Ukrainian rebels and Russia’s annexation of the Ukrainian peninsula of Crimea.

State-owned banks are the core of the Russian banking system … That would mean their ability to lend to other banks, smaller banks, is going to be more restricted also.

The sanctions go further than earlier penalties by broadly limiting the trade of weapons and of technology that can be used in the oil and military industries. Experts said the sanctions wouldn’t have a tremendous impact in the short term but, if left in place for months, will stifle development in the Russian economy and sap its financial sector. Already, economists have revised downward their predictions for Russian growth this year, with some saying the country will go into recession. U.S. officials said roughly 30 per cent of Russia’s banking sector assets would now be constrained by sanctions. In a first sign of concern, Russia’s central bank said it would support banks targeted by penalties. 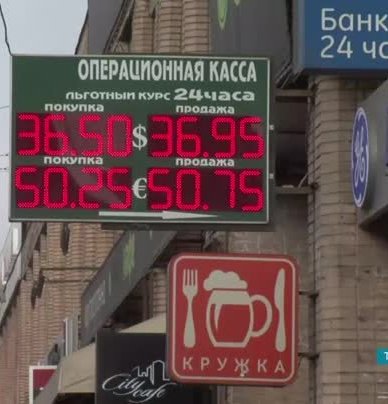