Anyone using public Wi-Fi in Russia will have to register with personal identification, in line with an order signed by prime minister Dmitry Medvedev this week, many Russian outlets have reported. The Russian communications ministry has subsequently clarified that this only applies to hotspots set up by network operators, and to add to the confusion a Moscow city official has claimed that the order only applies to those using access points provided by Russia’s postal service. According to Izvestia and other media outlets on Friday, operators of public hotspots will also need to record hardware identifiers for devices that are logging on, along with users’ full names and ID or driver’s license numbers. They will need to keep this information for six months and submit it to the authorities when required – and of course they themselves will need to register with telecoms regulator Roskomnadzor as a “personal data operator.”

Those interested in destabilization are trying to saturate the web with crooks, fascists and extremists. Everything connected to the internet must have identification.

The purpose, of course, is to make sure no one breaks Russia’s increasingly restrictive internet laws. MP Vadim Dengin – the same guy who introduced a recent bill demanding that Russian citizens’ personal data be stored in Russian data centers — was quoted in the Izvestia piece as saying the public Wi-Fi clampdown was about the “information war” against the U.S. Meanwhile, Matvey Alexeyev, the director of government relations at internet company Rambler & Co, said the plan was unfeasible. “I don’t think that everyone who comes to Gorky Park will show their passports,” he was quoted as saying. The situation was further complicated later on Friday by a report from ITAR-TASS (which itself had reported the widely understood interpretation of the new law earlier), quoting Moscow city IT chief Artem Yermolaev as saying the order’s mention of “places of public access” refers to services provided by the postal service as a way of bridging the digital divide. 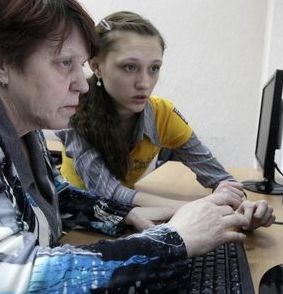