South Korea’s prime minister-nominee withdrew from consideration Tuesday following mounting criticism over alleged pro-Japanese remarks he made. Former senior journalist Moon Chang-keuk was nominated to replace the current prime minister who offered to resign to take responsibility for April’s deadly ferry disaster. But he has been under fire after media reported that he called Japan’s colonial rule of the Korean Peninsula God’s will.

Moon said in a televised news conference Tuesday that his past comments were taken out of context. Moon said he and his family have been hurt deeply by the allegations that he is a pro-Japanese figure. Japan colonized Korea from 1910-45 and many older Koreans still hold strong resentment against Japan. 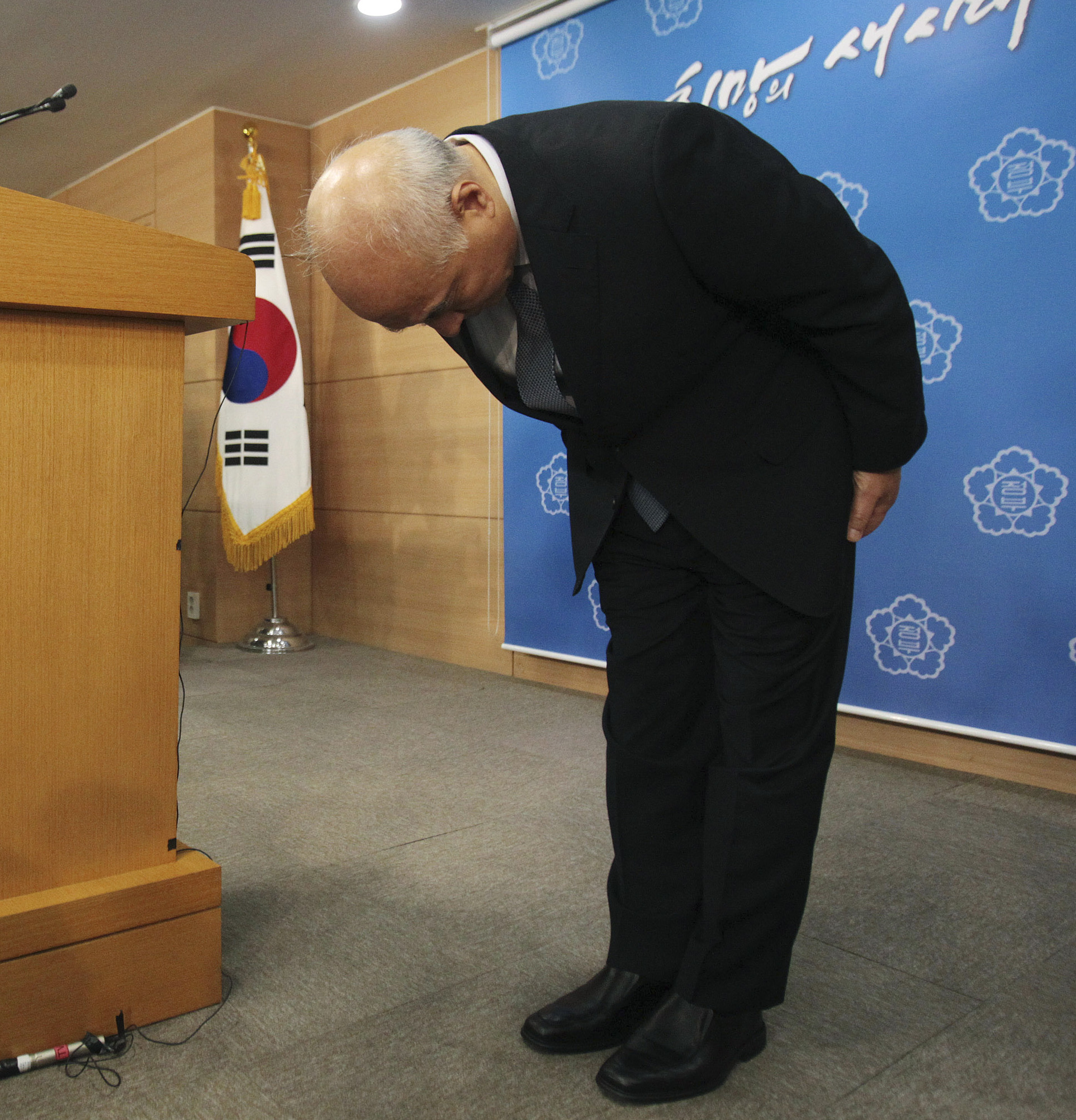