The world’s largest atom smasher is gearing up for its second three-year run after 16 months of maintenance and upgrades. The Large Hadron Collider, which was used to discover a long-theorized subatomic particle, is designed to push the proton beam close to the speed of light, whizzing 11,000 times a second around a 27-kilometer tunnel on the Swiss-French border near Geneva. The world’s top particle physics lab known by its French acronym CERN said Monday that the $10 billion collider is being improved and is on track to resume early next year at double its former energy level.

The machine is coming out of a long sleep after undergoing an important surgical operation.

Frederick Bordry, director for accelerators and technology at the European Organization for Nuclear Research

Once it restarts, two beams will be fired again within the collider at the same time in opposite directions with the aim of recreating conditions a split second after the Big Bang, which scientists theorize was the massive explosion that created the universe. The next CERN experiments could reveal more about “dark matter,” antimatter and possibly hidden dimensions of space and time. During its first run, the particle accelerator was used to discover the subatomic particle known as the Higgs boson, without which particles would not hold together — and there would be no matter. The state-of-the-art accelerator — and teams of thousands of CERN-based scientists — helped Peter Higgs win the Nobel Prize last year by proving his theories right.

It’s effectively a new machine, poised to set us on the path to new discoveries. 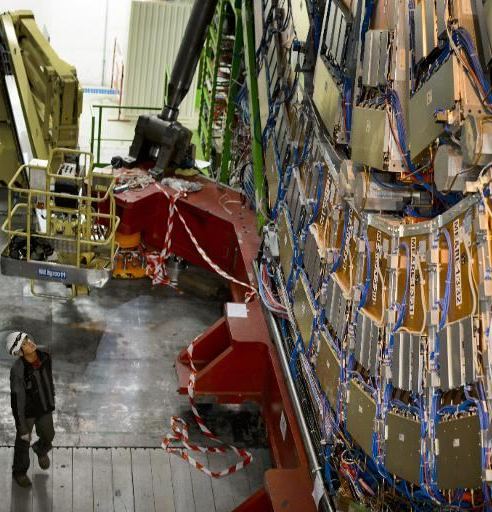