Arch-rivals Samsung and Apple have decided to drop a series of bitter patent disputes pending in multiple courts outside the United States, the South Korean electronics giant said on Wednesday. The two companies have been locked in a prolonged war of legal attrition in close to a dozen countries, with each accusing the other of infringing on various patents related to their flagship smartphone and tablet products.

This agreement does not involve any licensing arrangements, and the companies are continuing to pursue the existing cases in U.S. courts.

The patent row kicked off in earnest back in 2011, when Apple sued Samsung in a U.S. court, and swiftly went transcontinental with cases being heard in South Korea, Germany, Japan, Italy, the Netherlands, England, France and Australia among others. The fight will continue in U.S. courts where Apple has accused its South Korean rival of massive and wilful copying of its designs and technology for smartphones and tablets, and has asked for a bar on U.S. sales of Samsung smartphones and tablet computers. 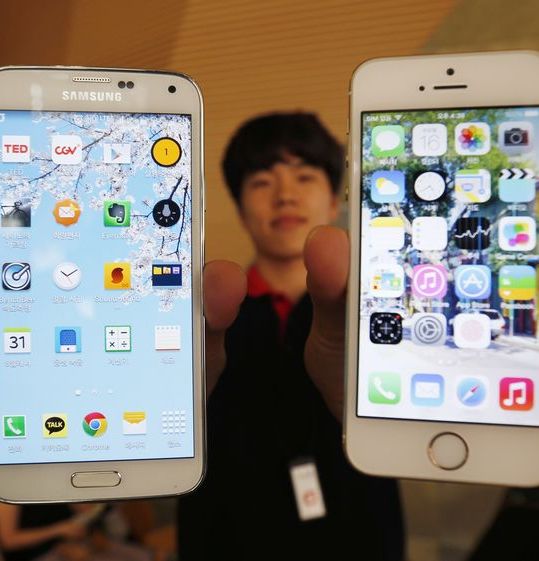