This photo of a four-year-old girl on a beach in Zushi, Japan, seems innocent until you look closely behind her legs and back. A closer look appears to reveal a mysterious pair of boots and part of a blue shirt peeking out from behind her. The photo, which was uploaded to Reddit by a friend of the girl’s father, is making the rounds on Internet. Many are speculating the photo shows a Samurai ghost because the beach the girl and her dad were on was across a samurai graveyard.

My daughter thinks the whole thing is just so funny.

Springall said he freaked out, and he later showed the photo to his friend Brian Publicover during a camping trip in Japan in August. Publicover put it up on Reddit’s “Ghosts” subreddit, and theories poured in. The photo was taken on July 6, 2014 during a weekend trip to the beach. 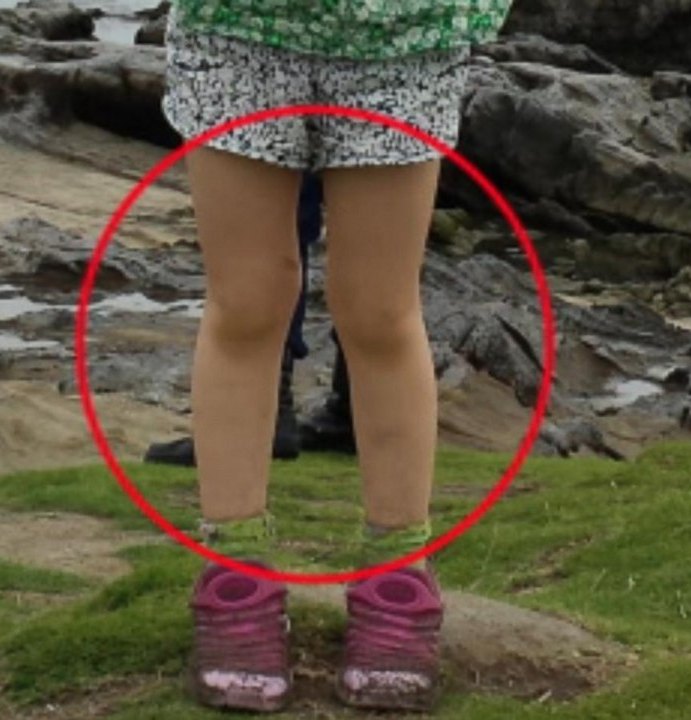