Say it ain’t d'oh! Twitter explodes with news of Homer and Marge split

Fans of “The Simpsons” have reacted with anger and despair after it emerged that Homer and Marge are to “legally separate” in the series’ new season. Executive producer Al Jean revealed the storyline would feature in the show’s 27th season, which is due to premiere in September. He also told Variety magazine that Homer was to be led astray by a character voiced by “Girls” star Lena Dunham. News of Homer and Marge’s marital crisis prompted a largely negative response on social media, with many suggesting that producers should call a halt to the show after 26 years.

In the premiere, it’s discovered after all the years, Homer has narcolepsy and it’s an incredible strain on the marriage. Homer and Marge legally separate, and Homer falls in love with his pharmacist, who’s voiced by Lena Dunham.

The Simpson marriage has existed within a television environment that has aired shows like “The King of Queens,” “Family Guy,” “Modern Family” and “Two and a Half Men” — shows that ask their audiences to blithely accept marriages and relationships in which women, by pretty much every observable measure, have settled for men, writes the Atlantic’s Megan Garber. These shows don’t suggest, as “The Simpsons” has, that there’s humor in the reach/settle divide; they suggest instead something more pernicious: that the divide is completely unremarkable. That a woman settling is just the way things are. But now, with this latest plot line, “The Simpsons,” too, is buying into that tired old assumption. 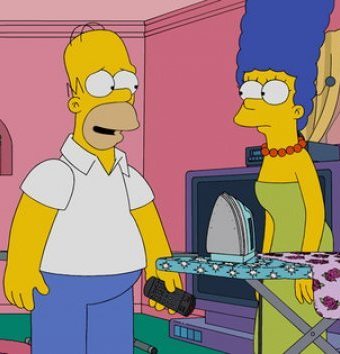