President Francois Hollande on Wednesday confirmed that two Frenchmen had been identified as suspects in an Islamic State video showing the beheading of Syrian prisoners, while slamming “brainwashing” of the young. The men are seen in the brutal clip released by the IS group on Sunday which features the killing of 18 Syrian prisoners and a U.S. aid worker. French prosecutors have confirmed the first was 22-year-old Maxime Hauchard from Normandy in northern France. A source close to the case said Wednesday the second Frenchman has been identified as a 22-year-old man from an eastern suburb of Paris, who went by the name Abu Othman.

All we can say for now is that there were two French people. One has been categorically identified and the other one is in the process of being identified.

Like the United States, Britain and other nations, authorities in France are increasingly worried about the number of citizens travelling to fight in Iraq and Syria who could potentially come back and stage attacks in their home country. Earlier this month, Paris adopted an anti-terrorism law which will slap a travel ban on anyone suspected of planning to wage jihad and Hollande said it was crucial that the full force of the law is used on those opting to fight overseas. During his trip to Australia, Hollande has also voiced concern about the impact that “extreme horror” films used by terrorist groups is having on young people. 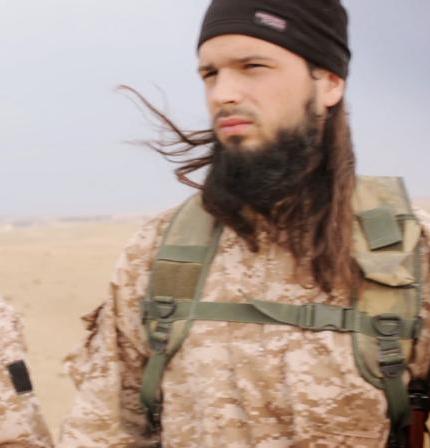