At least five people have died after New York state was struck by a massive early season snowstorm described as one of the worst in living memory. The city of Buffalo was badly hit with up to 1.8 metres (6ft) of the white stuff falling, as governor Andrew Cuomo declared a state of emergency. Three people lost their lives from apparent heart attacks, including two while shovelling snow, and another died while pushing a trapped car. A 46-year-old man was found dead in his vehicle, which was buried in snow in Alden, 24 miles east of Buffalo.

Amid the heavy snowfall, some emergency vehicles including ambulances and fire trucks had to be abandoned, with patients taken to hospital by paramedics on snowmobile. Another storm is expected on Thursday. Schools were closed and driving bans were ordered following the blizzard. Snow blown by strong winds forced the closure of a 132-mile stretch of the Thruway, the main highway across New York state. The freak storm left more than 150 people stranded in their vehicles, including the Niagra University women’s basketball team, who were trapped for over 24 hours before being rescued.

We have tried to get out of our house and we are lucky to be able to shovel so we can open the door. Basically, that’s it, open the door. We’re just thinking that in case of an emergency we can at least get out the door. We can’t go any farther. 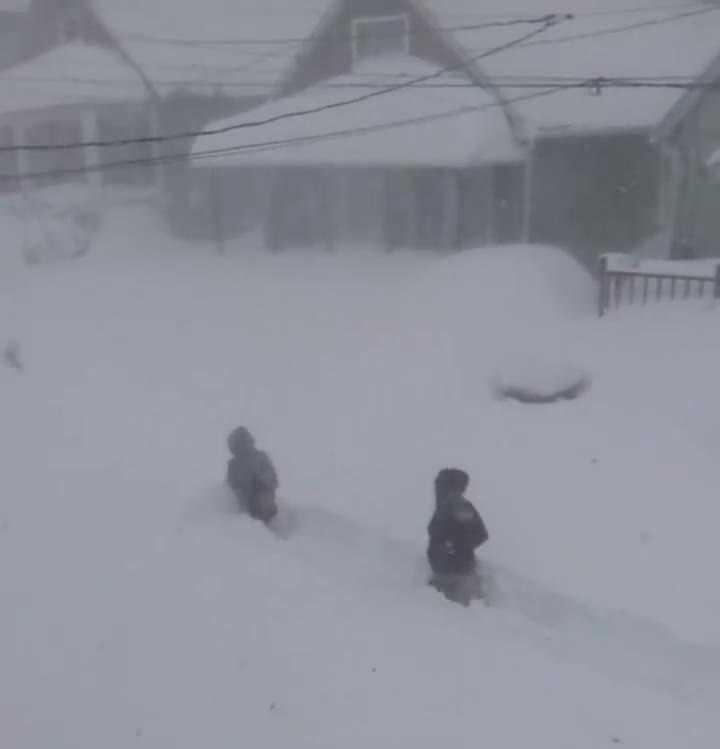