The bodies of four women and an 18-month-old child have been found inside an Indian guru’s heavily fortified ashram, a day after police tried to storm the complex and arrest the spiritual leader. The bodies were handed over to authorities from inside the 12-acre (five-hectare) complex, which police have not yet managed to enter. It is not clear how they died, and post-mortem examinations are being carried out. Police are continuing to search for the 63-year-old guru, Rampal Maharaj, who they believe is still somewhere within the compound.

All dead bodies have been sent to the hospital where they will undergo a postmortem to ascertain the exact cause of their deaths.

The engineer-turned-guru, who considers himself an incarnation of the 15th Century mystic poet Kabir, has ignored 43 court summonses since 2010, seeking exemptions each time. The court set a final deadline for him to appear on Monday, which he also ignored. Mr Rampal is wanted by police because he has refused court orders to present himself and answer charges including conspiracy to murder, inciting mobs and contempt of court. His supporters say he is too ill to make the 155-mile (250km) journey from his ashram to the court in the state capital, Chandigarh. Overnight, followers were seen pouring out of the ashram. Some said they had been held there against their will.

What started as a trickle hasn’t yet stopped and we have dropped off around 10,000 people at nearby bus and train stations. 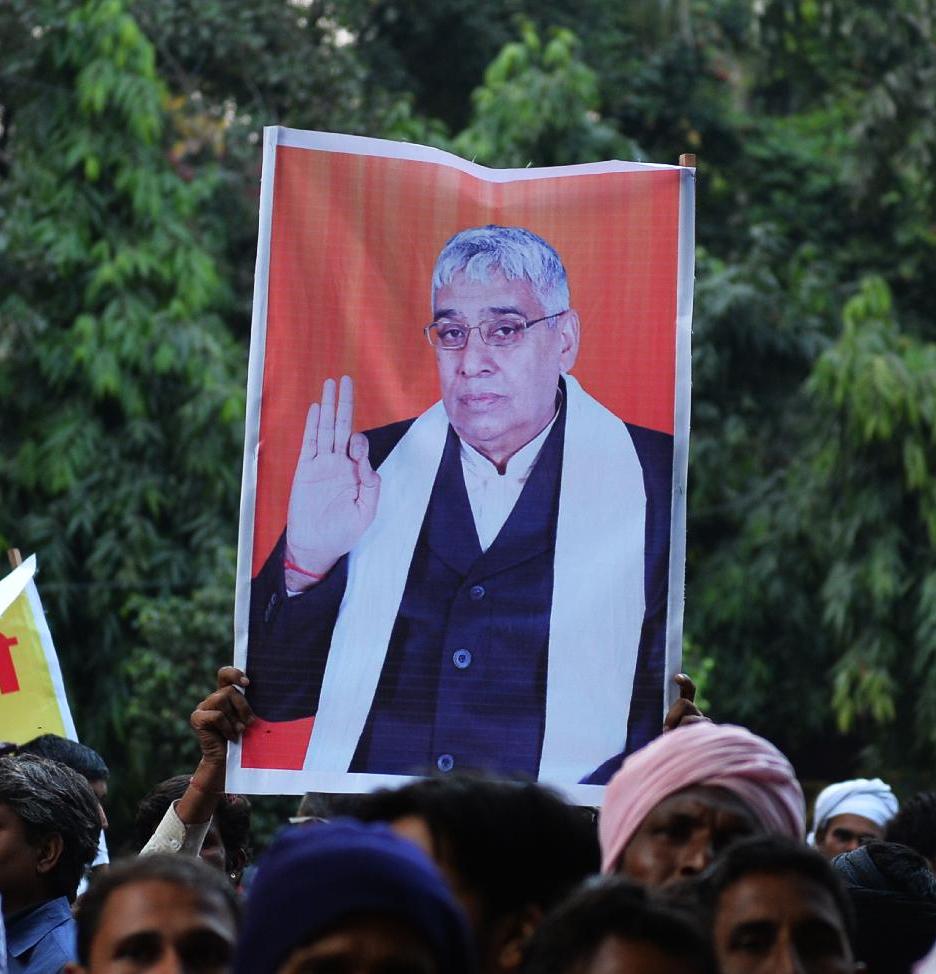