Gunmen from the Somali extremist group al-Shabab, who had taken up positions in a hotel frequented by government officials and dignitaries, were exchanging fire with government troops more than 12 hours later, officials said Saturday. After the initial attack Friday, which occurred after a suicide bomber detonated his explosives-laden car at the gate of the Maka Al-Mukarramah hotel in the capital Mogadishu, government troops managed to take up the first floor of the hotel. The gunmen were believed to be on the third and fourth floor, Capt. Mohammed Hussein said.

At least 15 people died including Somalia’s ambassador to Geneva, and at least 20 others were wounded. Those who died include civilians, hotel guards and government soldiers.

Colonel Farah Aden, a senior police officer at the scene

Al-Shabab, the al-Qaeda-linked Islamic extremist group that has carried out many attacks in Somalia, claimed responsibility for the assault on the hotel, which is popular with Somali government officials and foreigners. But al-Shabab routinely carries out suicide bombings, drive-by shootings and other attacks in Mogadishu, the seat of Somalia’s Western-backed government — often targeting government troops, lawmakers and foreigners. Al-Shabab controlled much of Mogadishu between 2007 and 2011, but was pushed out of Somalia’s capital and other major cities by African Union forces. 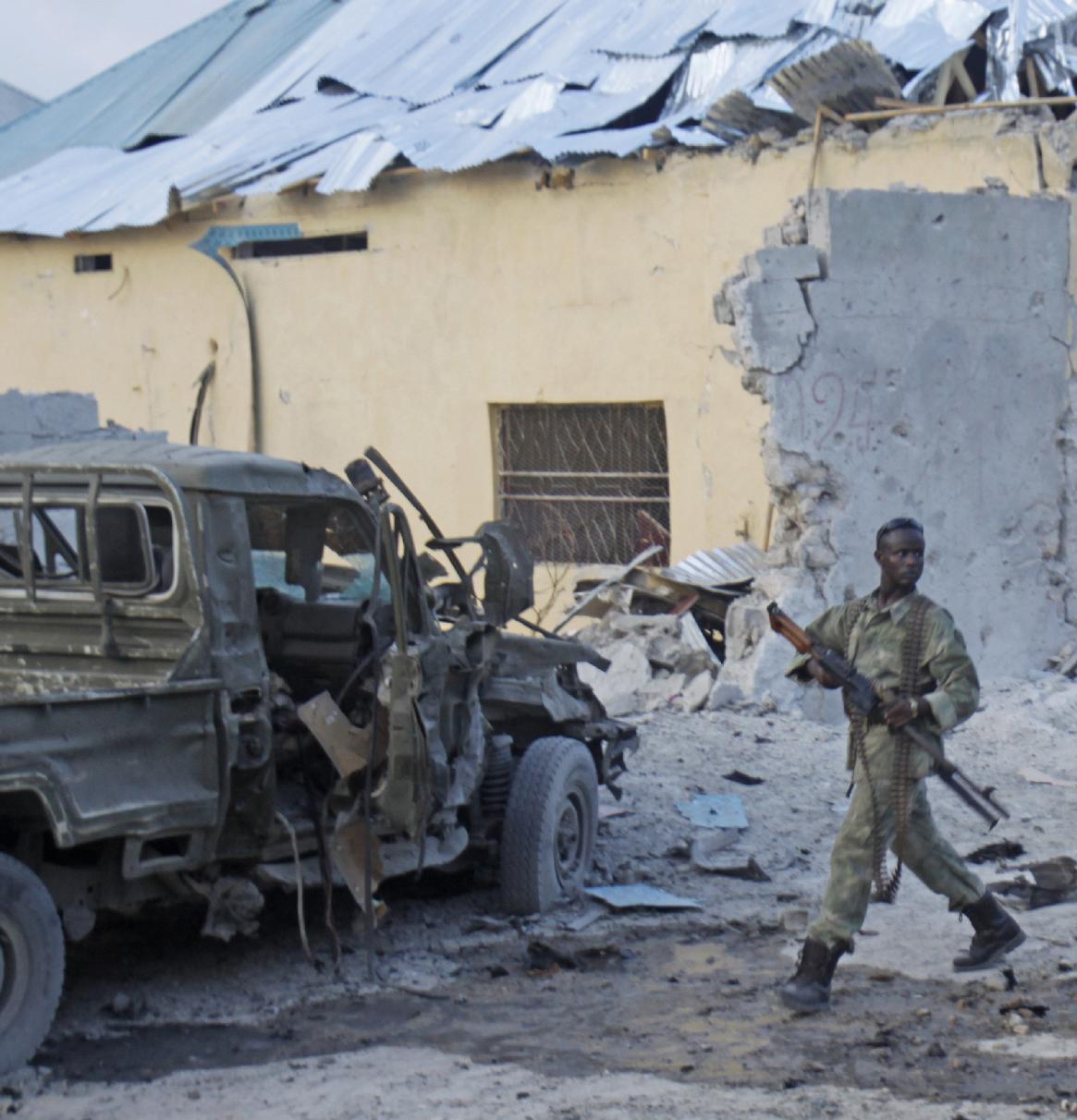