A Russian Soyuz spacecraft with three crew on board has successfully docked with the International Space Station, Nasa has said. Russian cosmonaut Mikhail Kornienko and American astronaut Scott Kelly are staying on the orbiting laboratory until March 2016 - that’s about twice as long as a standard mission on the station. The stay is aimed at measuring the effects of a prolonged period of weightlessness on the human body, a step toward possible missions to Mars or beyond.

This is the first time we’re doing it as an international partnership, which I think is one of the great success stories of the International Space Station.

The physical effects of a year in space will be closely monitored by doctors on the ground in an unprecedented study of how the human body withstands the rigours of spaceflight before humans plan to journey to Mars. Three crew members - Russian Anton Shkaplerov, Italian Samantha Cristoforetti and American Terry Virts - are currently onboard the space station, due to leave in May. Space exploration remains a hugely symbolic area of cooperation between Russia and the US despite the freeze in relations over Russia’s alleged actions in Ukraine. Russia last month confirmed that it will continue using the ISS in partnership with Nasa until 2024, after threatening to pull out and stop financing it in 2020. 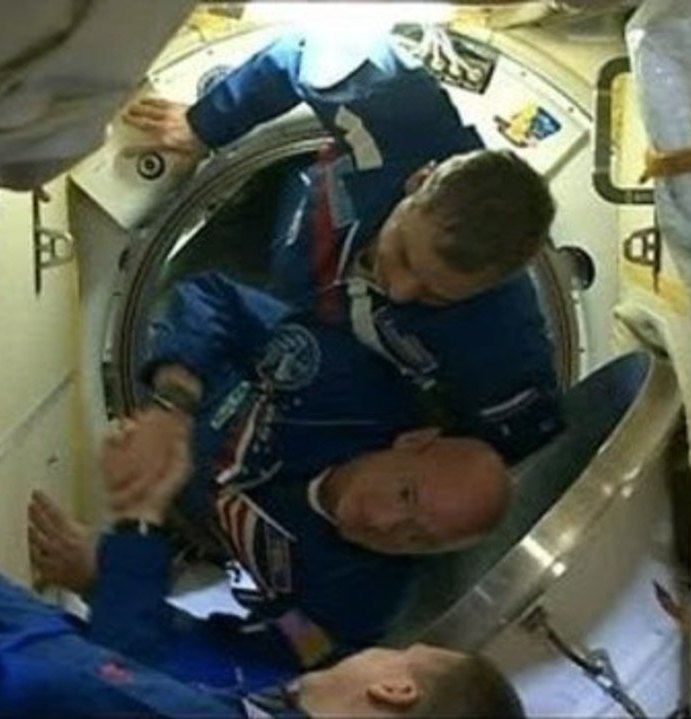