"Significant progress" is being made in the hunt for the apparently British murderer of American journalist James Foley, the UK’s counterterrorism chief has said. Assistant Commissioner Mark Rowley appealed for help in rooting out aspiring home-grown terrorists as he decried the 41-year-old’s "pitiless" death at the hands of Islamic extremists in Iraq. The Islamic State of Iraq and the Levant (ISIL) posted a video online last week of the horrifying murder of Foley at the hands of a killer who spoke with a British accent.

Every reasonable person in the country has been touched by the pitiless murder of James Foley at the hands of Islamic State terrorists, and the murderer’s apparent British nationality has focused attention on extremism in the UK as well as the Middle East.

Rowley appealed to family members and friends of aspiring UK terrorists to come forward, stressing that nearly half of would-be jihadis identified as part of Syria-linked investigations had not previously been classed as dangerous. Scotland Yard investigators are currently having hundreds of pieces of terrorist content linked to Syria removed from websites including YouTube, Facebook and Twitter. Rowley said the force is also trying to prevent hate crimes here that may be sparked by events abroad, for example anti-Semitic offences related to Gaza and crimes against Muslims over the actions of ISIL.

The growth of dangerous individuals poses challenges for policing, especially when nearly half of Syria travellers of concern were not known as terrorist risks previously. 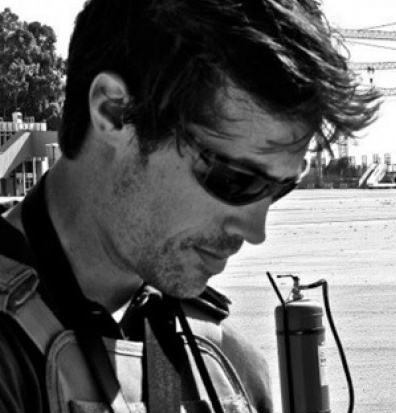