'Sleeping beauties': Rare collection of antique cars under the hammer in Paris

An ultra-rare Ferrari that once belonged to actor Alain Delon and was discovered rusting under a pile of old magazines on a French farm fetched $16.2 million at auction on Friday. The Ferrari 250 GT SWB California Spyder - one of only a few dozen ever made - went under the hammer at the Artcurial auction house in Paris. It was up for sale alongside a treasure trove of rare classic cars found on the farm in western France last year after lying forgotten for half a century. The cars, described as “sleeping beauties” by the auction house, were all being sold in the state they were found, having been kept in makeshift shelters by an enthusiast who had planned to open an automobile museum.

We were overcome with emotion. Probably much like Lord Carrington and Howard Carter, on being the first for centuries to enter Tutankhamun’s tomb.

One specialist magazine in the US last year called it the “discovery of the century” and despite their condition, some went for three or four times the asking price. The 60 classic gems carry legendary names like Bugatti, Hispano-Suiza, Talbot-Lago, Panhard-Levassor, Maserati, Delahaye and Delage. 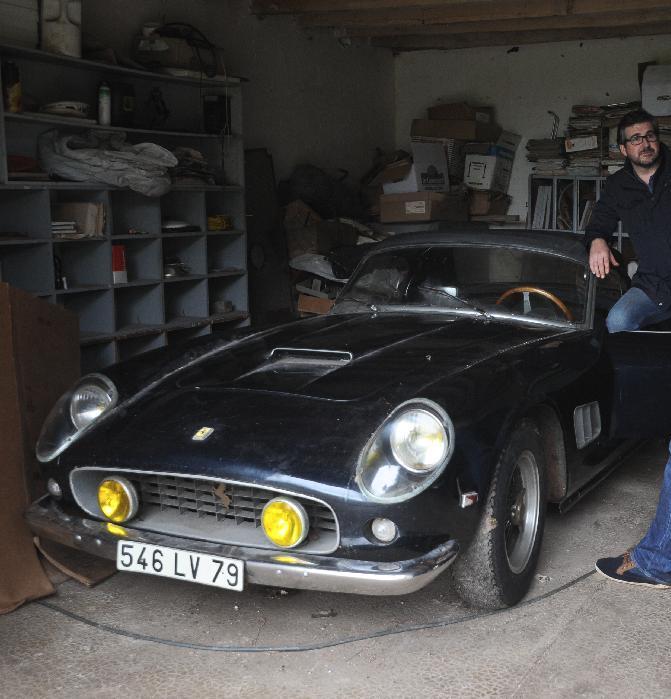