Medecins Sans Frontieres (MSF) said in a scathing report titled, “Pushed to the limit and beyond,” that everyone from national governments to the World Health Organization (WHO) had created bottlenecks that prevented the epidemic being quickly snuffed out. The charity, which first raised the alarm over Ebola, said its warnings in June that the epidemic was out of control and that it could not respond on its own were dismissed as alarmist. When MSF first declared there was an unprecedented Ebola outbreak at the end of March, the WHO rejected the assessment. It finally declared a public health emergency on Aug. 8, prompting a belated international response.

The Ebola outbreak has often been described as a perfect storm: a cross-border epidemic in countries with weak public health systems that had never seen Ebola before…this is too convenient an explanation. For the Ebola outbreak to spiral this far out of control required many institutions to fail.

The number of Ebola cases dropped dramatically over the new year in Sierra Leone, Liberia and Guinea. The presidents of all three countries announced a target to reach zero Ebola by mid-April. However, Guinea recently reported a doubling of cases in a month, Sierra Leone has a whole neighborhood under quarantine and Liberia announced on Friday its first new case 16 days after its last Ebola patient was released. The Ebola outbreak is not over until there are zero cases in the region for 42 days. 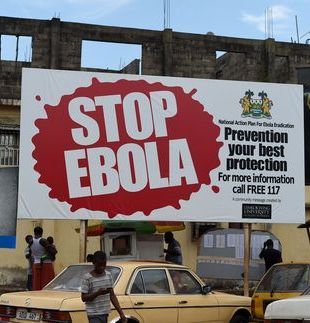