Some like it hot: Patients set alight in China

For some in China, playing with fire is a treatment for illness. So-called “fire therapy”, in which a therapist pours alcohol over a patient and sets him alight, can apparently cure stress, indigestion, infertility and even cancer. It’s been used for hundreds of years in China and recently garnered a blaze of attention in the media. There’s no orthodox medical evidence that it actually works, but fire therapists don’t care.

Fire therapy is the fourth revolution in human history… it surpasses both Chinese and Western medicine. Medicine needs a revolution, fire therapy for the world is the solution.

The practice is based on Chinese folk beliefs that health depends on maintaining a balance of “hot” and “cold” elements within the body. So far the practice has received little attention from medical journals, but the theory behind it bears some relation to the Chinese medicinal practice of “cupping”, where a flame burns away the oxygen inside a receptacle to create pressure on parts of a patient’s body. State media have sought to dampen down enthusiasm for fire therapy, running several reports on shady therapists, some without certification and employing only a bucket of water to prevent conflagrations. 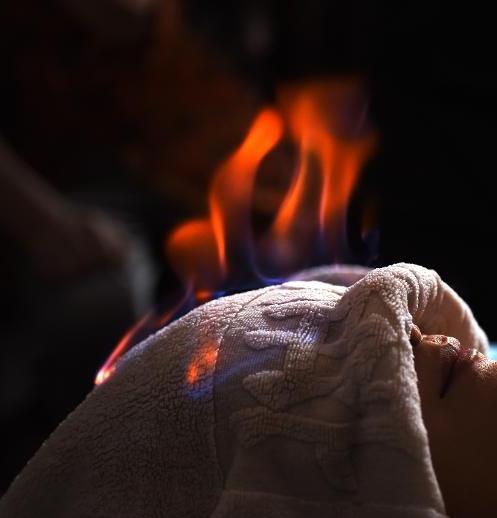