The son of a Chinese couple from Hong Kong allegedly killed and cut up his parents, and packed them into lunchboxes “like barbecued pork,” a court has heard. Henry Chau, 30, and alleged accomplice Tse Chun-kei, 36, are on trial over the killings of 65-year-old Chau Wing-ki and his wife Siu Yuet-yee, 62, whose severed heads were found in March last year. The heads were found stuffed into two fridges in a bloodstained apartment days after the couple had been reported missing. The rest of their remains were salted, cooked and packed into lunchboxes with rice in a rubbish bin, in an attempt to hide the crime because the pair had run out of space in the refrigerators, the court heard. Chau pleaded guilty to manslaughter on the grounds of diminished responsibility on Tuesday. Both men have denied two counts of murder, but admitted preventing the couple’s lawful burial.

My murdering partner and I were planning to make it a missing person case and dump the body piece by piece.

Henry Chau, son of the victims 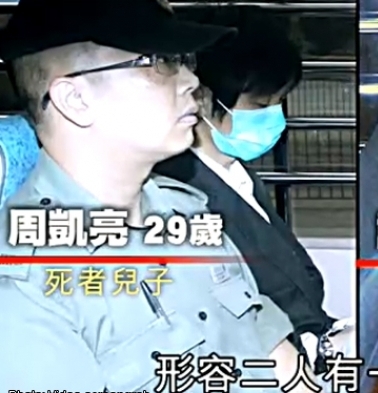