Sony has told theater owners they can pull ‘The Interview’ if they want to, following an apparent terrorist threat from the hackers responsible for releasing millions of confidential emails and documents from the studio. Multiplex owners were caught by surprise Tuesday after hackers evoked the memory of 9/11 while threatening theaters that play the comedy about an attempted assassination of North Korean dictator Kim Jong-un. The studio has remained mum on the latest message from the hackers and the Department of Homeland Security released a statement saying they have not yet discovered evidence of an active plot against U.S. theaters.

We will clearly show it to you at the very time and places The Interview be shown, including the premiere, how bitter fate those who seek fun in terror should be doomed to.

An anonymous email from the Sony hackers

Carmike Cinemas, a major cinema chain in the United States with 278 theatres, has already decided to pull the movie. According to some insiders, exhibitors are wary of becoming liable if they show the movie and any violence occurs. The discussions have also involved requests from theater owners that Sony provide heavy security if they do go ahead and play the film. At the same time, some exhibitors felt that Sony was throwing the decision about whether or not to show the movie into their laps when the studio itself should be making that call.

We take those threats very seriously, and we will take extra precautions during the holidays and at theaters. 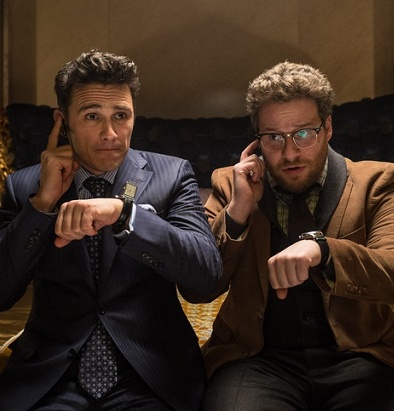