The South Korean army captured a soldier Monday who it says killed five comrades and then fled into the forest where he holed up with a rifle for two days before shooting himself as pursuers closed in. The massive manhunt ended when the 22-year-old sergeant, surnamed Yim, shot himself in the upper left chest as his father and brother pleaded with him to surrender, a Defence Ministry official said. The official, who spoke on condition of anonymity because of department rules, said Yim was taken to a hospital but his life wasn’t in danger.

There had been a massive manhunt for Yim since authorities said he killed five and wounded seven Saturday night before fleeing his frontline army unit with his standard issue K-2 assault rifle. He had been tracked to a densely wooded area near a small town in the Goseong county, where troops were trying to negotiate his surrender. 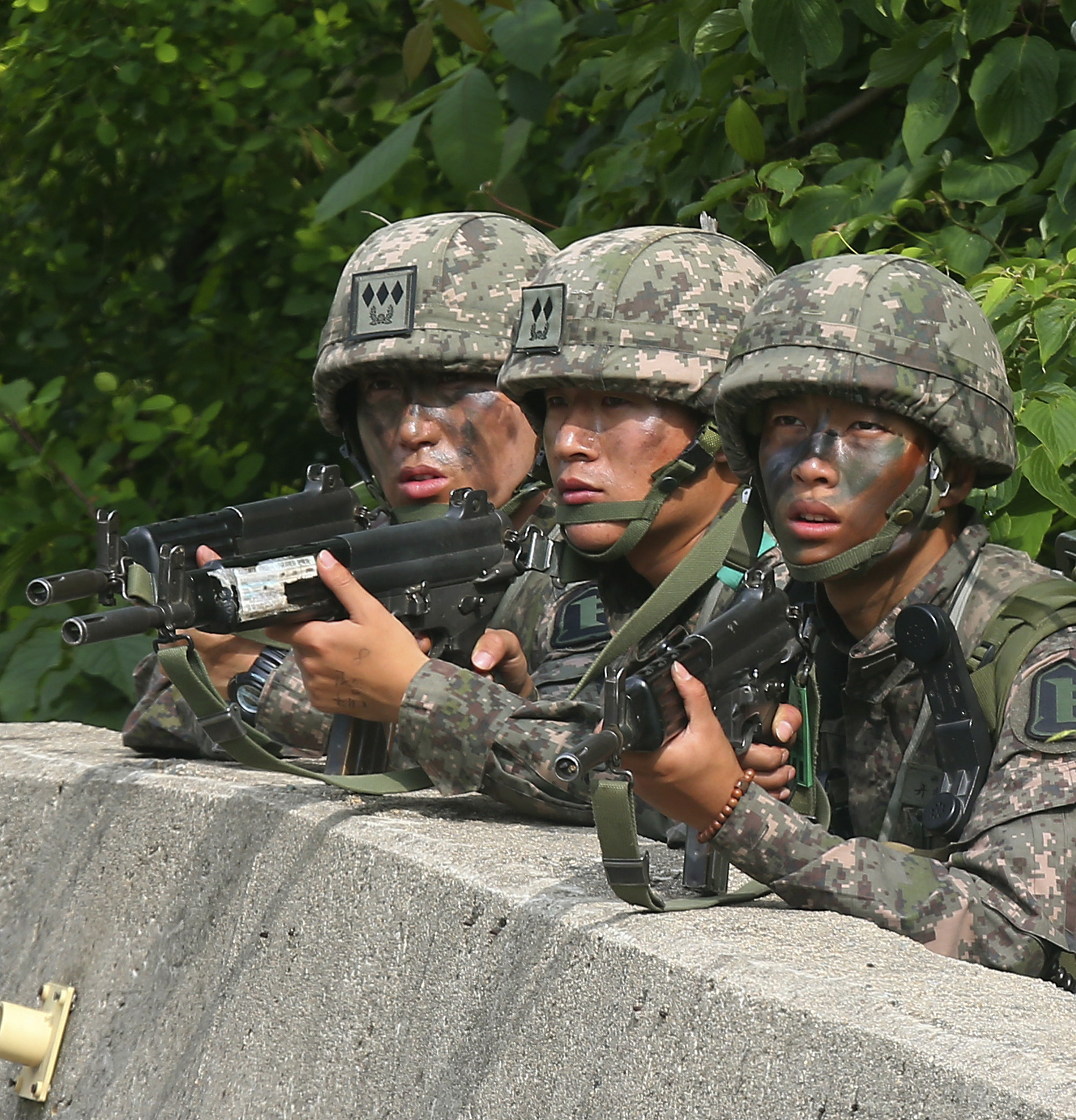