Sudanese woman sentenced to death for apostasy ‘to be freed’

A woman sentenced to death after being accused of converting from Islam to Christianity has been released from prison, according to her lawyer. The case of Meriam Ibrahim, who is married to a Christian American, triggered an international outcry. She gave birth to their baby daughter Maya while in prison. Ibrahim was convicted last month of apostasy and adultery, and claimed she was a Christian, having been raised by her Ethiopian mother while her Muslim father had left when she was young.

Meriam was released just about an hour ago.

The 27-year-old married Daniel Wani in 2011, and has refused to renounce her faith. But a court in Khartoum insisted she was a Muslim, and in Sudan such interfaith marriage is forbidden. She was sentenced to 100 lashes for adultery and to hang for apostasy. Her death sentence was suspended for two years so she could nurse Maya. Ibrahim also has a young son named Martin. British Prime Minister David Cameron had said he was “absolutely appalled” by the case.

The appeal court ordered the release of Meriam Yahya and the cancellation of the [previous] court ruling. 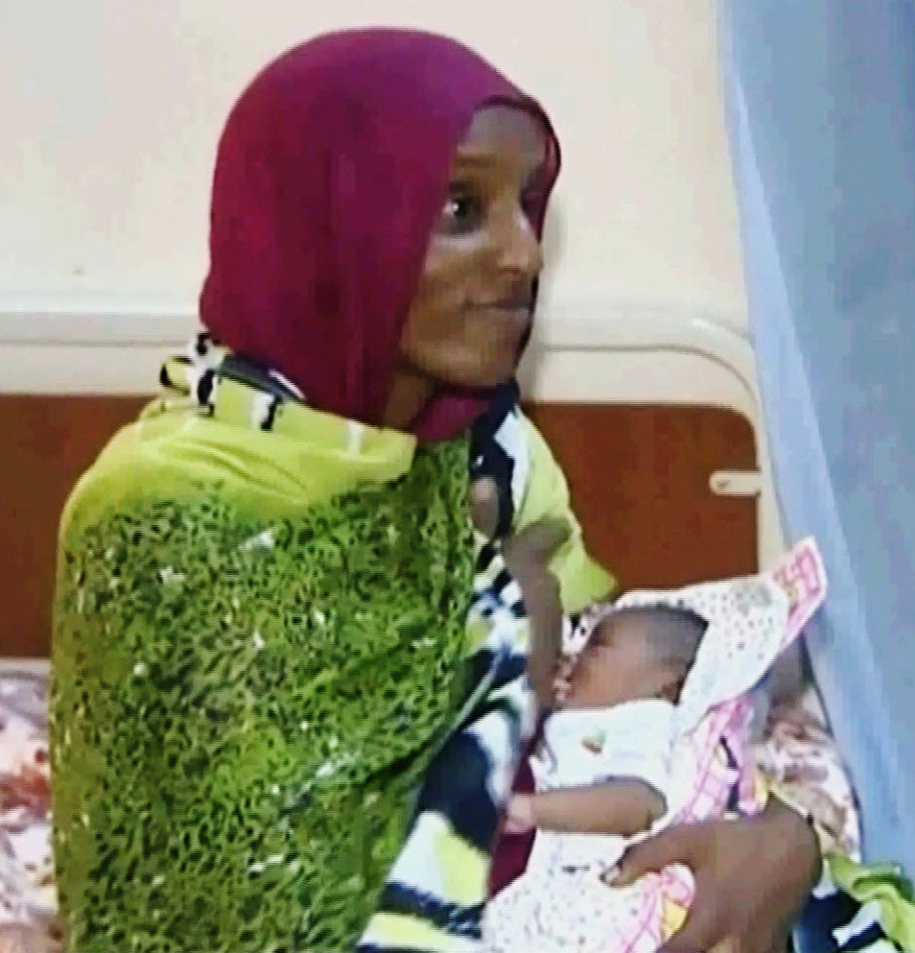