South Korea’s education minister apologised and the head of the national exam board resigned Monday after accepting that there were errors in two questions in the country’s cutthroat college entrance test. The acknowledgement that mistakes were made followed a flood of complaints to the exam board from students and parents for whom the college exam is the culmination of 10 years of gruelling, high pressure study and substantial financial sacrifice.

I express deep regret and recognise an urgent need to improve the question-making process. We will investigate the root cause of the problem.

In their statements Monday, the authorities agreed the questions were faulty and announced they would accept two possible answers as correct in each case. South Korean media reports estimated that as many as 4,000 students would receive a higher overall grade as a result of the decision. Nearly 650,000 students across the country sat the November 16 exam that will go a long way to defining their adult lives in an ultra-competitive society. Success means a secured place in one of South Korea’s elite universities — a key to future careers as well as marriage prospects.

We did our best this year to prevent erroneous questions … but again there were faulty questions, causing chaos and inconvenience among exam takers, their parents and teachers.

Kim Sung-Hoon, head of the KICE 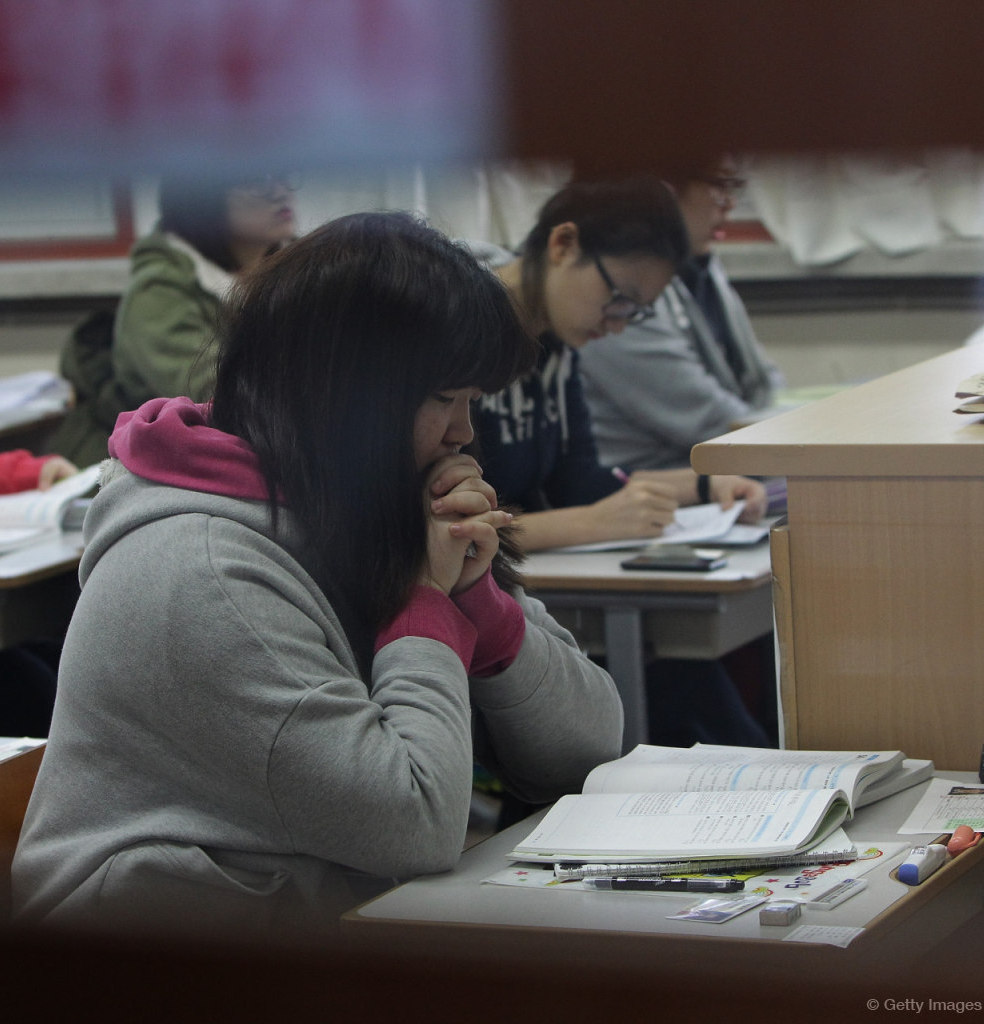