Teenage student survivors of South Korea’s Sewol ferry disaster began giving video testimony under tight security Monday in the murder trial of the vessel’s captain and crew. It was the first time the survivors—all from Danwon High School in Ansan City south of Seoul—have given evidence in the trial that began more than a month ago. Police cordons blocked public access to the district court as the students arrived in a red minibus and were escorted into the building by a tight phalanx of police officers.

Had there been swift rescue measures, the young students would have been able to leave the vessel through the emergency exits.

Sewol Captain Lee Joon-seok and three senior crew members are accused of “homicide through wilful negligence”— charge that can carry the death penalty. When the mobile phone footage of the students in the sinking ferry was shown in the Gwangju court two weeks ago, tearful relatives in the courtroom shouted abuse at the defendants and called for them to be executed. Of the 476 people on board the Sewol passenger ferry when it capsized April 16 off the southern coast, 325 were from Danwon High School. Only 75 students survived. 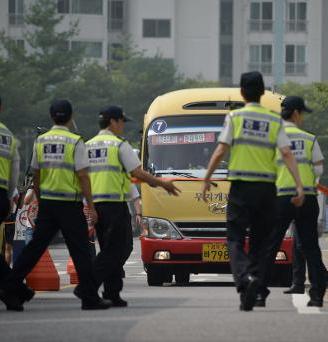