Study finds no sign Ebola virus is mutating out of control

There is no sign the Ebola virus is mutating in an accelerated way that could make it more virulent or thwart vaccines or drugs under development despite some earlier fears to the contrary, researchers said on Thursday. Earlier analyses had suggested to some experts that the virus might have been mutating at twice the rate observed in previous outbreaks, raising fears it could become even deadlier. But a study backed by the U.S. National Institutes of Health and published in the journal Science found the virus was changing at about the same rate as in prior outbreaks.

The data really shows that the virus isn’t changing any more than would be expected. So, for example, it doesn’t appear to be becoming more virulent or more transmissible.

The researchers analyzed genetic information on the virus from samples taken over nine months last year from patients in Guinea in March, patients in Sierra Leone last June and patients last November in Mali who were infected in Guinea. Ebola is transmitted only through direct contact with the blood or body fluids of an infected person. The findings also allay concerns raised by some last year that a rapidly changing virus could change how Ebola is transmitted, becoming airborne or respiratory.

This does not appear to be a moving target. 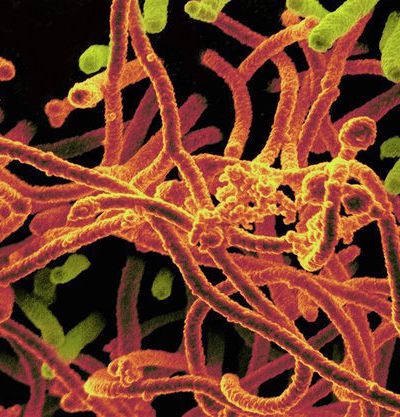