Naours’ underground city is a 3-kilometre (2-mile) -long complex of tunnels with hundreds of chambers dug out over centuries in the chalky Picardy plateau. Gilles Prilaux, an archaeologist for France’s national archaeology institute, began a three-year study of the tunnels last July, intending to focus on the site’s medieval past — only to stumble upon this more recent slice of history: the discovery of the World War I graffiti left by soldiers from Australia, Britain, Canada and the U.S.

All these guys wanted to be remembered.

Photographer Jeff Gusky, who has tallied 1,821 individual names: 731 Australians, 339 British, 55 Americans, a handful of French and Canadians and 662 others whose nationalities have yet to be traced

One of the most moving inscriptions at Naours was made by Herbert John Leach, a 25-year-old from Adelaide. His inscription reads “HJ Leach. Merely a private. 13/7/16. SA Australia.” Barely a month after Leach added his name to the wall he was killed in action on Aug. 23, 1916, during the Battle of Pozieres. On his grave, in the Australian cemetery in nearby Flers, his father inscribed “Duty Nobly Done.” 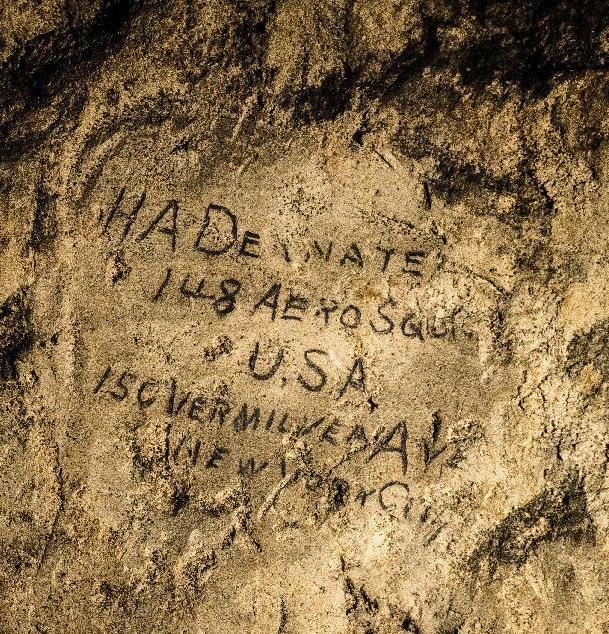