2,000 refugees evacuated from Syria’s Yarmouk after IS advance

Around 2,000 people have been evacuated from the Yarmouk Palestinian refugee camp in Damascus after the Islamic State group seized large parts of it, a Palestinian official says. Anwar Abdul Hadi, a Palestine Liberation Organisation official, said around 400 families were able to leave the camp on Friday and Saturday via two secure roads to the Zahira district. He said Syrian troops had helped in the evacuation, which came as Palestinian forces battled to hold back IS fighters who have captured large swathes of the camp since Wednesday.

The situation in Yarmouk is an affront to the humanity of all of us, a source of universal shame.

Since the jihadist advance on Wednesday, regime forces have pounded the camp with shells and barrel bombs, according to the Syrian Observatory for Human Rights, a Britain-based monitoring group. The group confirmed “hundreds” had been evacuated from the camp, but said at least 26 people had been killed in the camp this week. Palestinian officials and the UN agency for Palestinian refugees UNRWA have urged humanitarian access to the camp. 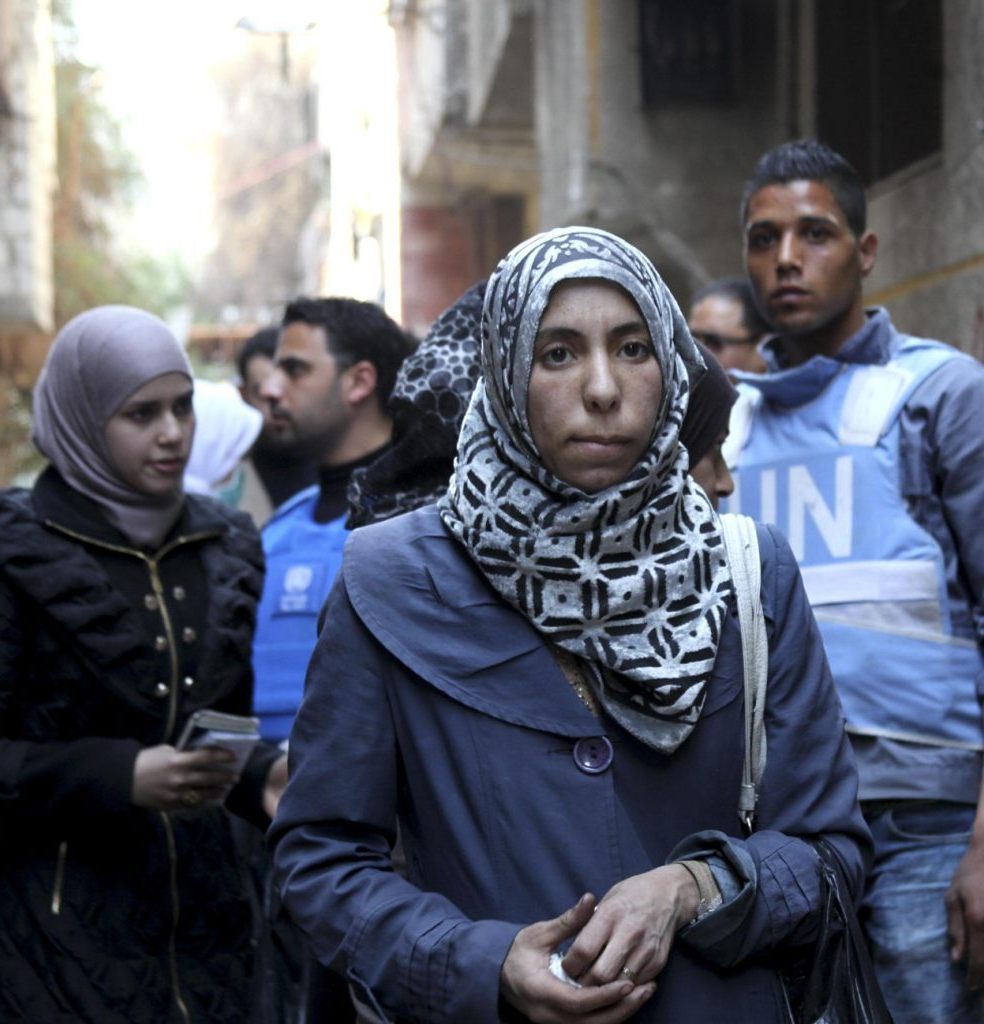