A man who authorities say went on a shooting rampage at a suburban Houston home, killing four children and two adults and wounding a 15-year-old girl critically, surrendered after a standoff and is in custody, police said. Investigators plan to charge the man Thursday, a day after the rampage in a usually quiet middle class subdivision in Spring, Texas, said police. Dead are two boys, ages 4 and 14; two girls, ages 7 and 9; a 39-year-old man; and a 33-year-old woman, police said.

It appears this stems from a domestic issue with a breakup in the family from what our witness has told us.

The wounded girl identified the man as the gunman, police said. After a brief chase, the man held deputies at bay for three hours before he surrendered. The teenager was able to call 911 and later warned deputies that the man planned to go to her grandparents’ home to kill them, police said. 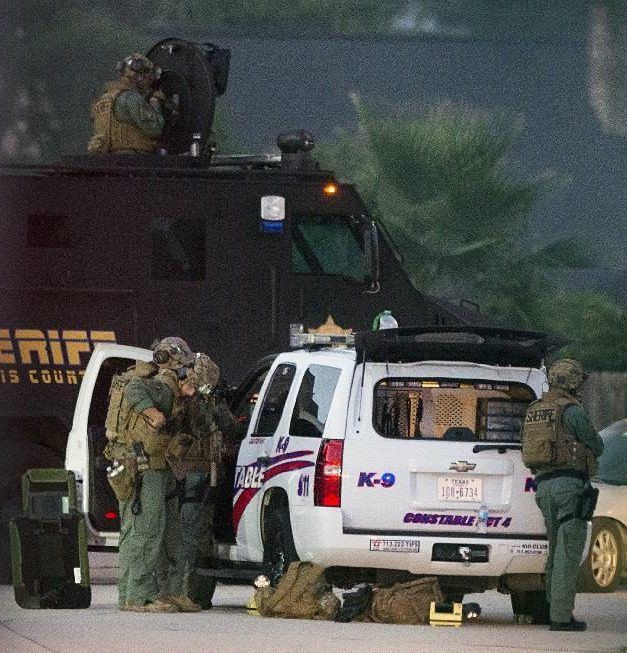