Police fired tear gas as a group of 150 subway workers set fire to piles of rubbish to block a central street in the business district. Demonstrations have taken place over the last five days as workers campaign for higher wages. Authorities are expecting most fans attending the World Cup opening game between Brazil and Croatia in Sao Paulo to use the subway to get to the stadium. The industrial action has caused transport chaos in the city - home to 20 million people.

The government is declaring a war against its workers. They sit down to talk to us or there won’t be subway service during the World Cup.

Millions use the city’s five-line subway network every day and during industrial action trains have not been arriving at the Corinthians Arena where the opening game will take place. Police said 13 people were arrested for damaging one subway station. The subway worker union has called for a wage hike of 12.2%, but the Brazilian government has only offered 8.7%. World Cup teams have begun arriving in Brazil, with Costa Rica, Honduras and the US landing in Sao Paulo on Monday.

It is fundamental that people, the majority of whom are Brazilians, also have the right to enjoy this great party 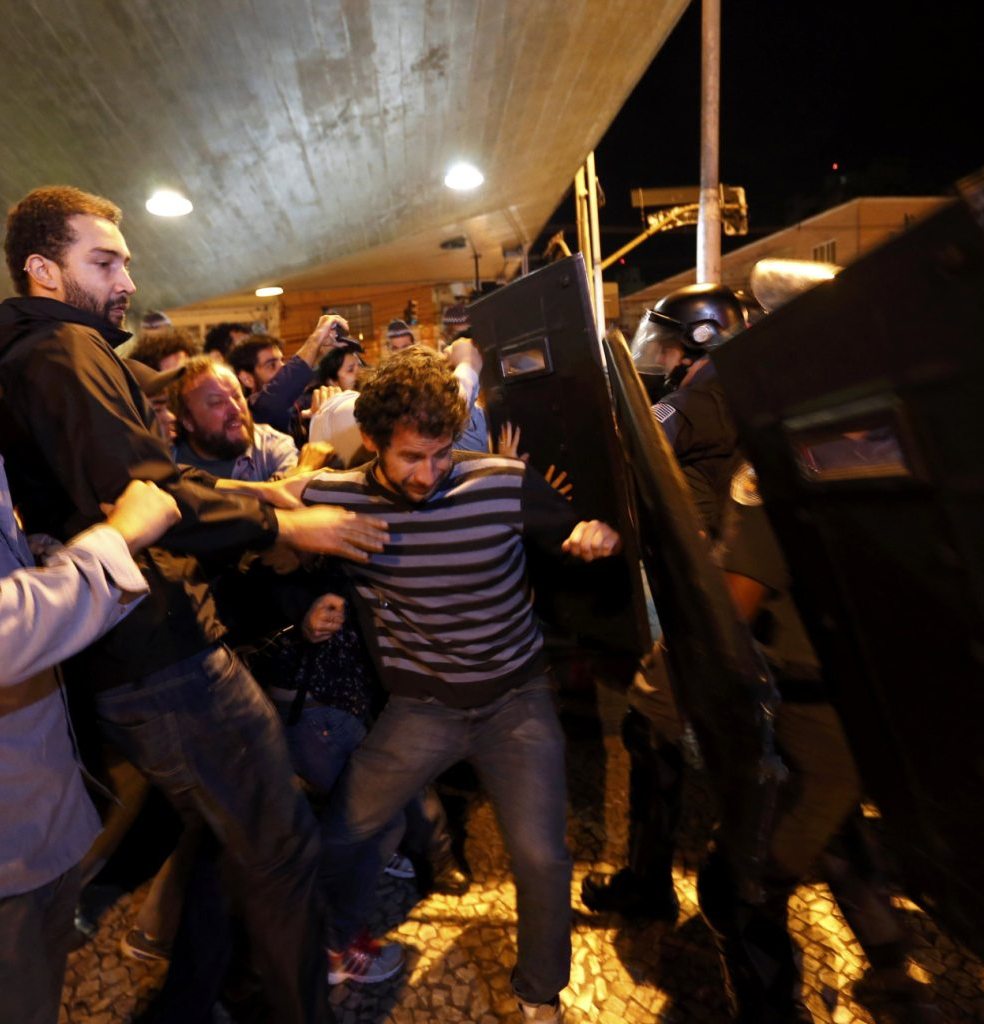