Heavily armed gunmen disguised as security forces attacked a terminal at Karachi’s international airport overnight, with at least 29 people killed and 18 wounded as flights were suspended and the army was called in. The Pakistan Taliban (TTP) claimed responsibility for the attack, saying it was revenge for a suspected U.S. drone strike last year that killed the group’s leader.

We have yet to take revenge for the deaths of hundreds of innocent tribal women and children in Pakistani air strikes.

The gunmen hurled hand grenades and fired automatic weapons as they attacked the cargo terminal at Jinnah international airport, which is Pakistan’s busiest. The army regained control of the airport around dawn on Monday after the six-hour siege. The dead included at least 10 of the attackers, officials said.

In every terrorist act in India the needle of suspicion goes to Pakistan only … The way they promoted Taliban, now they are paying for it.

The attack on Jinnah International Airport in Karachi cast doubt on the security of Pakistan’s critical infrastructure and on Prime Minister Nawaz Sharif’s promise to end attacks against civilians and the military by negotiating with Taliban insurgents. “The federal government is not mentally, psychologically and ideologically prepared to take action against the militants,” political and defence analyst Hasan Askari told the Pakistan affiliate of Newsweek after the attack. “If the government still insists on dialogue with the militants, then they will run into difficulties with the military,” he said. India Monday condemned the attack. “The attack yesterday [Sunday] on Karachi International Airport by 10 suicide bombers must be condemned in the strongest possible terms,” external affairs ministry spokesperson Syed Akbaruddin told the media. Reports emerged from the Pakistani tribal areas that tens of thousands of people are leaving the Waziristan area, where the Pakistan Taliban is based, because they believe a government military operation is imminent after the airport attack. 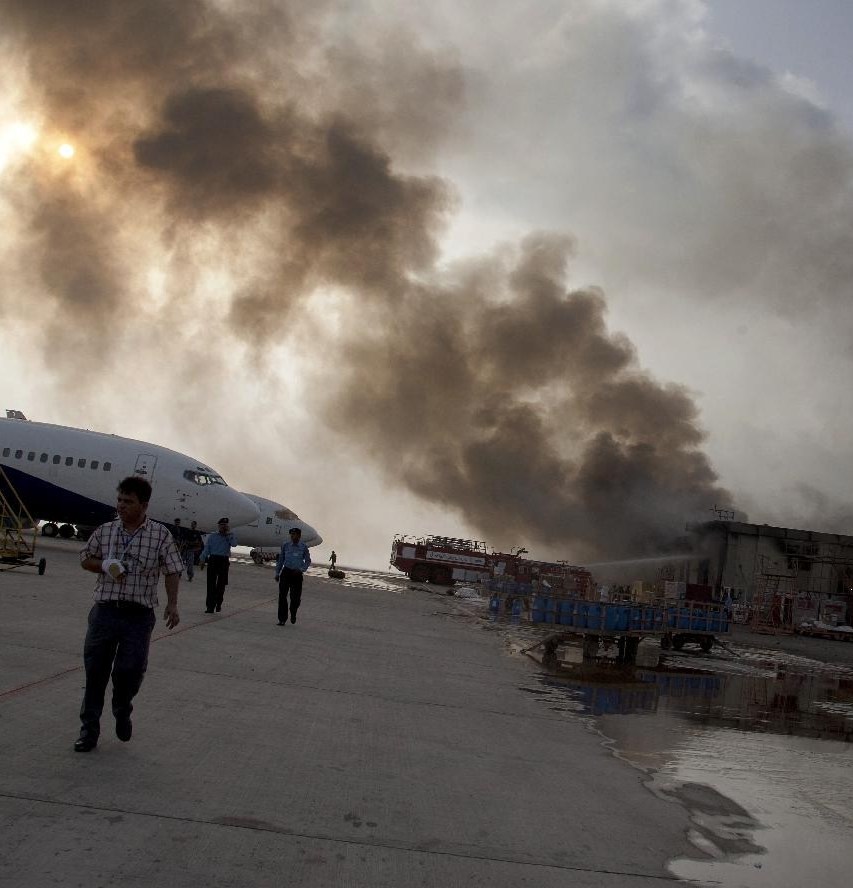