A Eurofighter jet crashed on Monday while attempting to land at the Moron air base in southwestern Spain near Seville, a defence ministry spokeswoman said. The sole pilot of the plane, 30-year-old air force Captain Fernando Lluna Carrascosa, was killed in the accident, which happened at around 2pm (1200 GMT), the defence ministry said in a statement. Carrascosa, who was married with a young daughter, had over 600 hours experience flying Eurofighter jets, the statement added. The cause of the accident is still unknown, the ministry said. The Moron air base is shared by Spain and the U.S. Air Force, but only Spain operates the Eurofighter jet. Defence group BAE builds the fighter jet with European aerospace group Airbus and Italian defence contractor Finmeccanica.

A Eurofighter has crashed on landing on the runway of the Moron base. 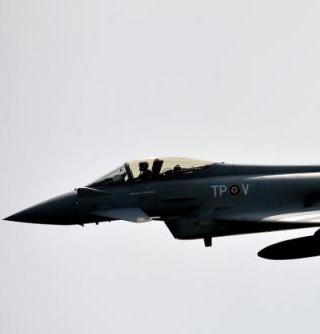