A federal lawsuit filed Thursday alleges that police in Ferguson and St. Louis County used excessive force and falsely arrested innocent bystanders amid attempts to quell widespread unrest after the fatal shooting of 18-year-old Michael Brown. The five plaintiffs in the suit in St. Louis include a clinical social worker who said she and her 17-year-old son were roughed up and arrested after not evacuating a McDonald’s quickly enough. They also include a 23-year-old man who said he was shot multiple times with rubber bullets and called racial slurs by police while walking through the protest zone to his mother’s home, and a man who said he was arrested for filming the disturbances.

The police were completely out of control. In those initial days, it was virtually a police riot. 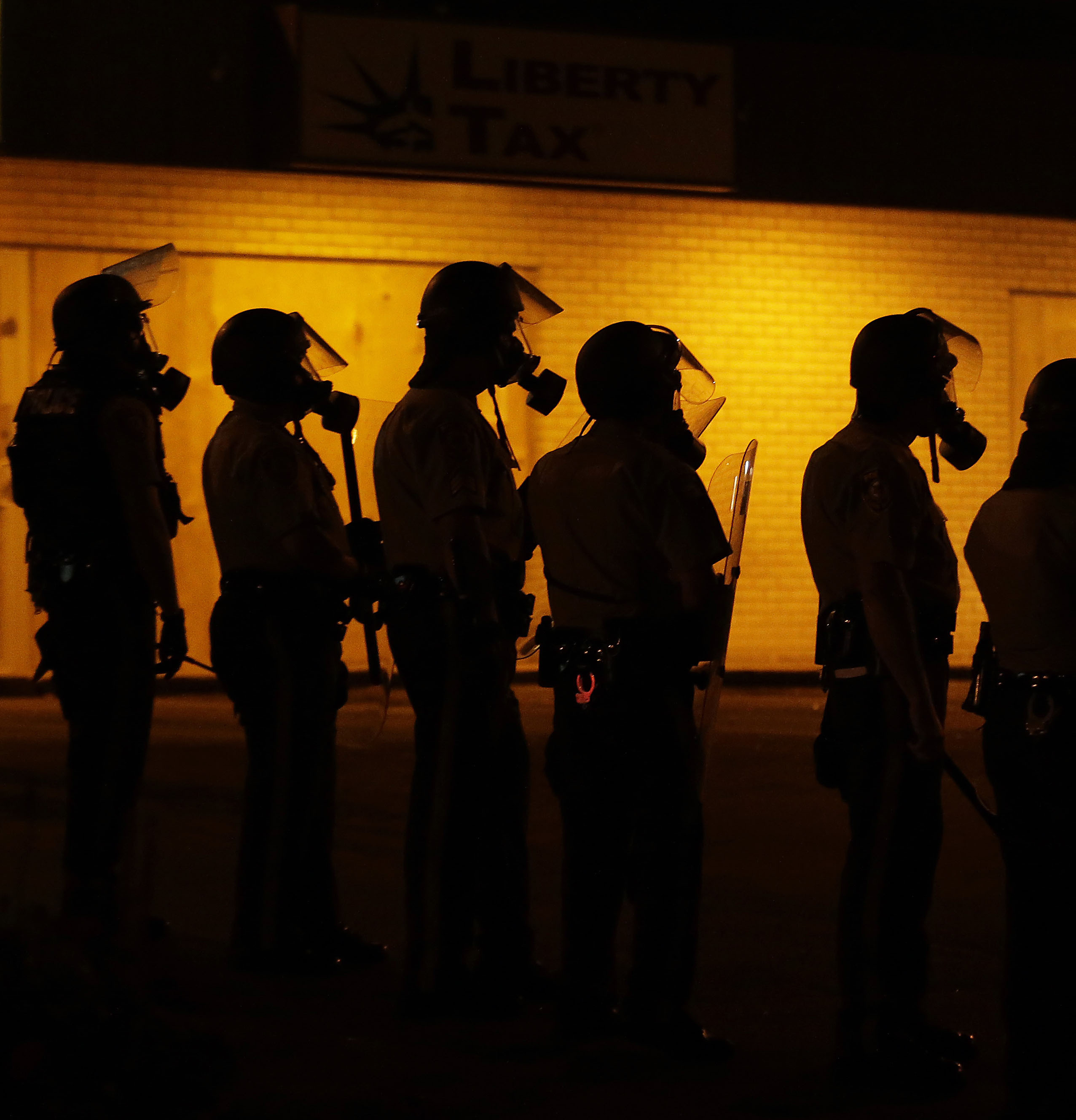