A Danish ship carrying about 1,300 tonnes of Syrian chemical weapons has steamed into the southern Italian port of Gioia Tauro for a rendezvous with a U.S. cargo vessel that will destroy the toxic material. The Ark Futura last month picked up the last batch of Syrian chemical weapons—including mustard gas and the raw materials for sarin nerve gas—that were removed as part of the international effort to destroy Syria’s chemical stockpile. The chemicals are to be loaded onto the U.S. vessel, M.V. Cape Ray, later Wednesday and will be neutralised at sea. Residents and officials from nearby towns are concerned about potential environmental contamination as a result of the transfer.

We live with uncertainty and resignation because for the last four months we have continued to ask for information about it but they didn’t give it.

Domenico Madafferi, mayor of the nearby town of San Ferdinando

While the disarmament process is risky, those in charge stress that equally hazardous chemicals are neutralised on a daily basis around the world. Destroying chemical weapons at sea is unprecedented, but U.S. officials say the process is a proven, safe way to neutralise toxic chemicals. They say no vapor or water runoff will be released into the atmosphere or the sea as a result. More than 60 experts needed to operate the chemical destruction machinery, as well as security and support staff, are expected on board to oversee the process. 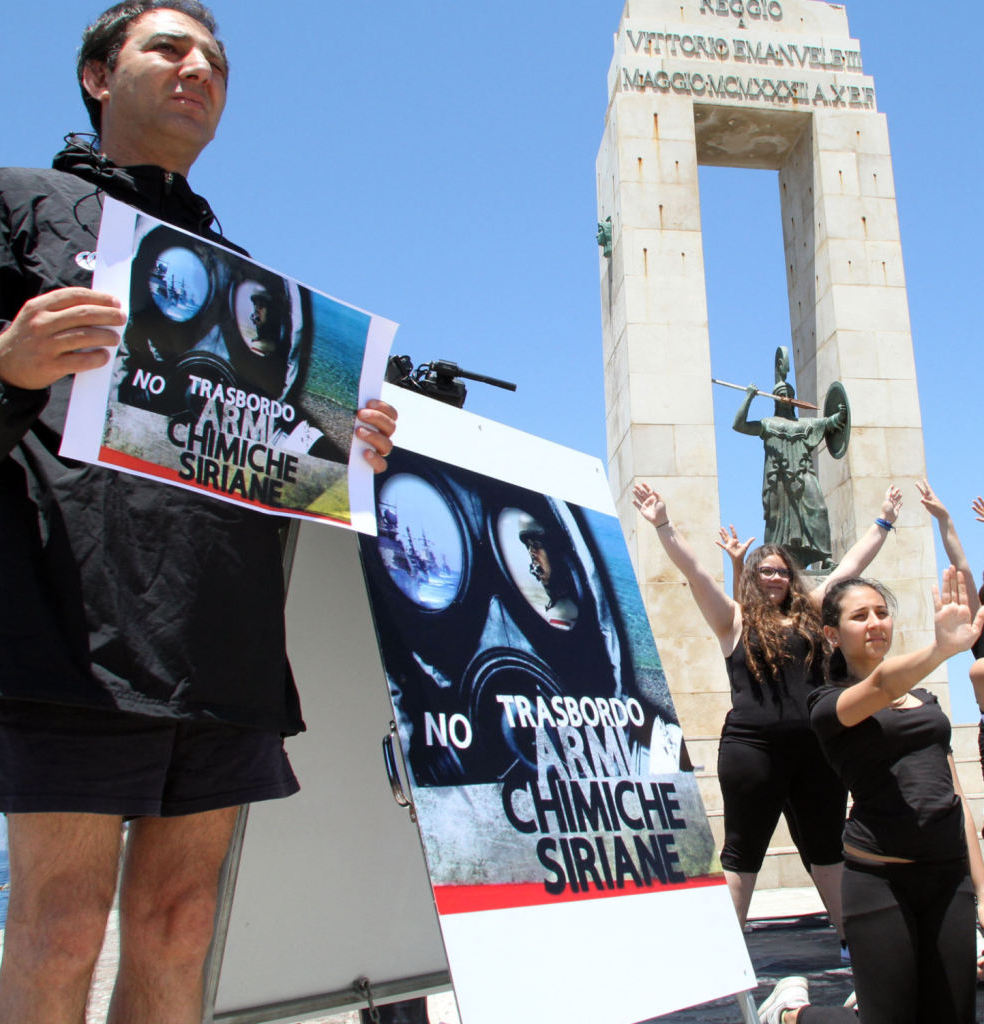