Taliban militants set NATO military vehicles ablaze in Afghanistan on Thursday, with local officials saying 37 were affected, though the coalition confirmed only that “several” were damaged. All three attackers died in a gunfight with Afghan police and soldiers at the Torkham border crossing with Pakistan, Nangarhar provincial spokesman Ahmad Zia Abdulzai said.

After making it into the parking lot, they used magnetic bombs to destroy some 37 NATO vehicles and fuel trucks.

The Taliban claimed responsibility via a recognized Twitter account. A spokesman for NATO’s International Security Assistance Force said the attack occurred outside Forward Operating Base Torkham. NATO vehicles in parking lots at the border have been attacked before, with one policeman killed in a similar assault in December. 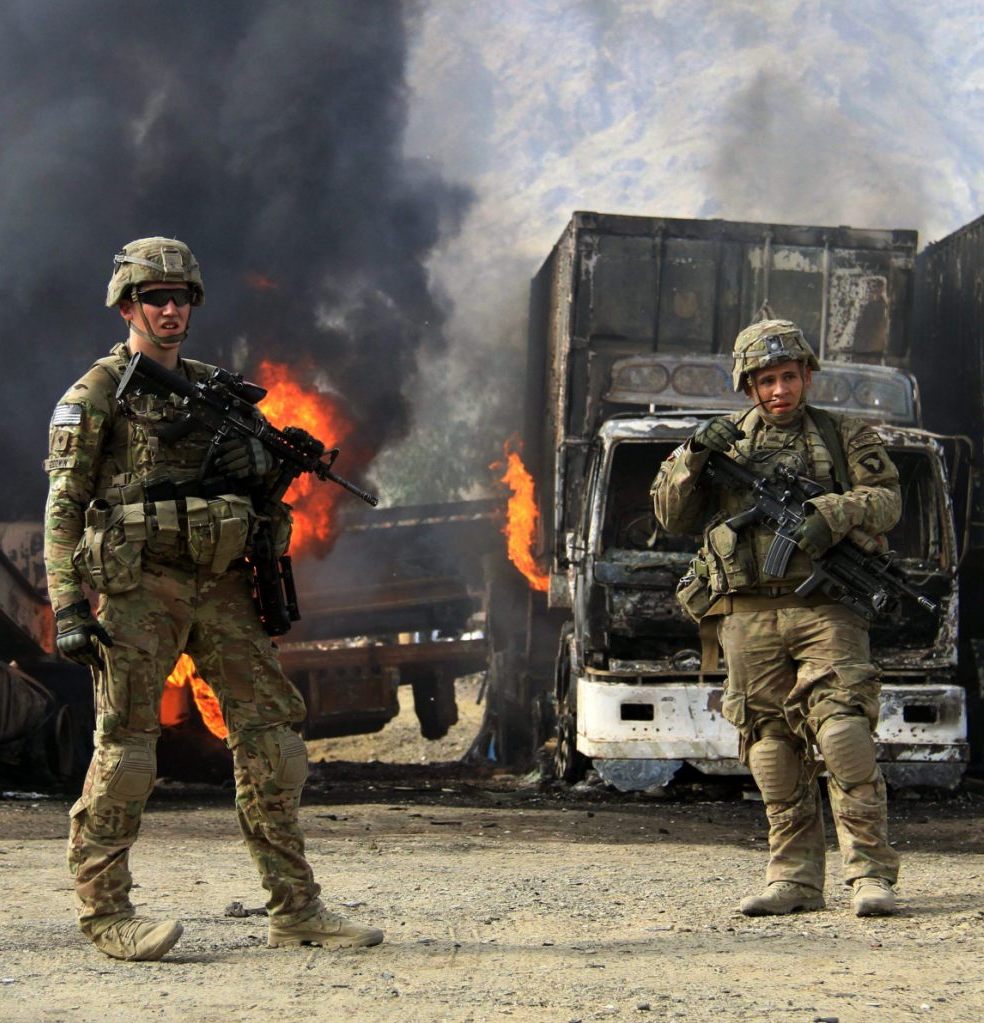