Taliban gunmen have killed 141 people, including at least 132 children, in a school attack in Peshawar, Pakistan. Nine men, some wearing suicide vests, stormed the army-run school, according to military officials, while soldiers surrounded the building. Around 500 children and teachers were believed to be inside, with many students taking exams at the time. At least 122 people are thought to have been injured, most in the first few hours of the attack as the gunman fired bullets indiscriminately at pupils and teachers. A local hospital said the dead and injured were aged from 10 to 20 years old.

My son was in uniform in the morning. He is in a casket now. My son was my dream. My dream has been killed.

Tahir Ali, parent of one of the child victims

Teachers and pupils were held hostage by the Tehreek-e-Taliban gunmen before the army stormed the building in a bid to end the nine-hour battle. “The operation is complete,” said a military source, adding all nine militants were dead after hours of fighting. Police struggled to hold back distraught parents trying to break past a cordon and get to the school as loud explosions went off inside. Video and photos showed other young children in their green uniforms being led away from the school by soldiers and an army helicopter flying overhead. A Taliban spokesman told the Reuters news agency the attack was “revenge” for an army offensive against the group in North Waziristan.

We selected the army’s school for the attack because the government is targeting our families and females. We want them to feel our pain. 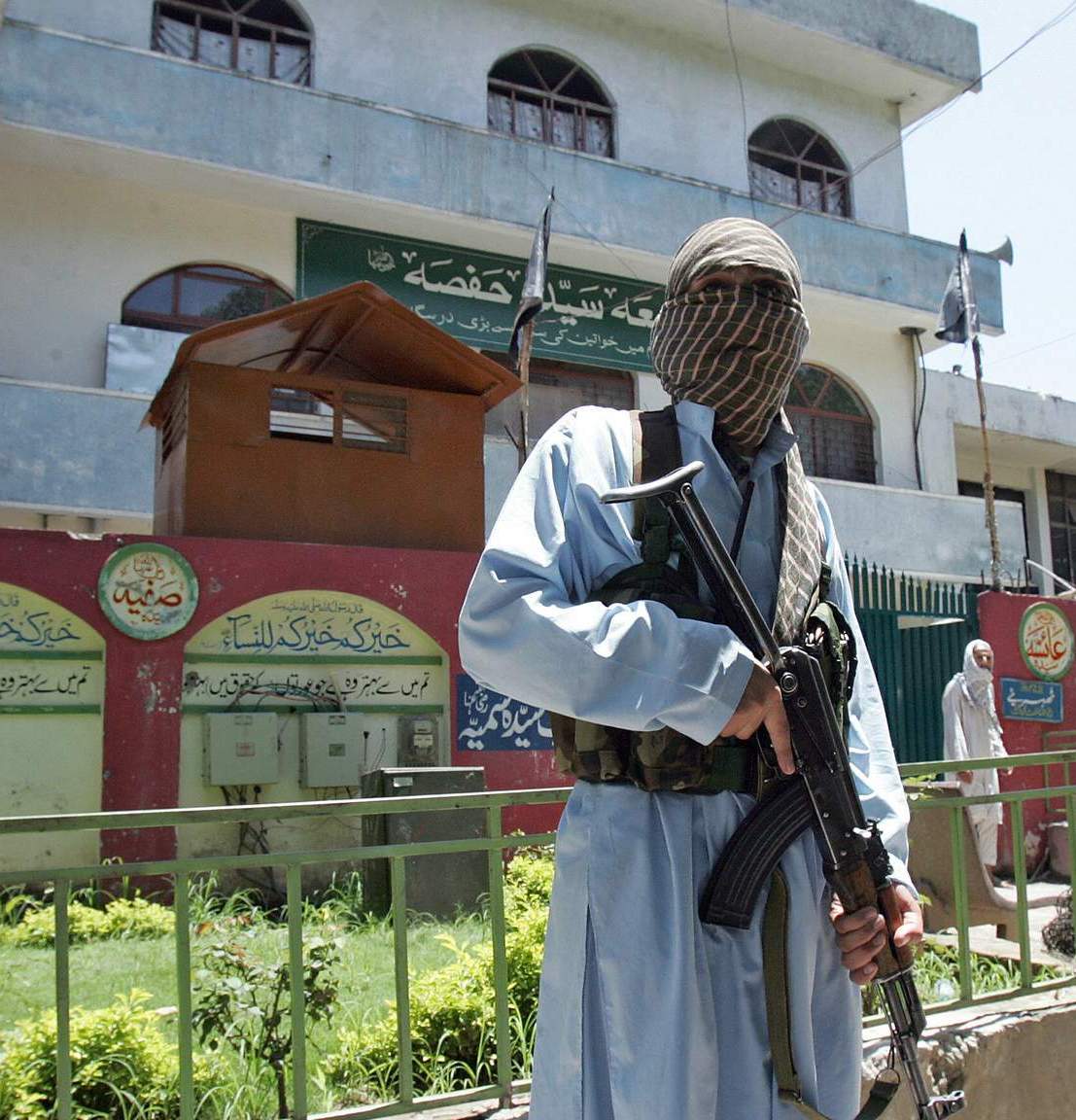