Tango treat for dance-mad Pope Francis on his 78th birthday

Hundreds of couples performed a tango on St Peter’s square on Wednesday in a birthday treat for Pope Francis, a proud Argentinian who was reportedly a mean dancer himself in his youth. The pope was born Jose Bergoglio on December 17, 1936 in Buenos Aires, also the birthplace of the tango, a sultry dance with strong sexual connotations that was once described as a sensual metaphor for life. The dancers, from all over Italy and further afield, were among 13,000 people at St Peter’s for the pope’s weekly public audience.

I love it. It’s something that comes from deep within me.

The Pople, speaking of his love for the music of the tango

Having being briefed on what was going to follow, the pope paid tribute to the assembled dancers during the section of his address where he greets the various groups in the square. “I see the ‘tangeros’ are here. They will put on a great show and bring a wind from the pampas over here,” he said in Spanish. Last year, on the first anniversary of his election as pope, Radio Vatican marked the occasion by playing several of his favourite tango tunes, including the famous “Por una Cabeza” (“By a head”) by Carlos Gardel. 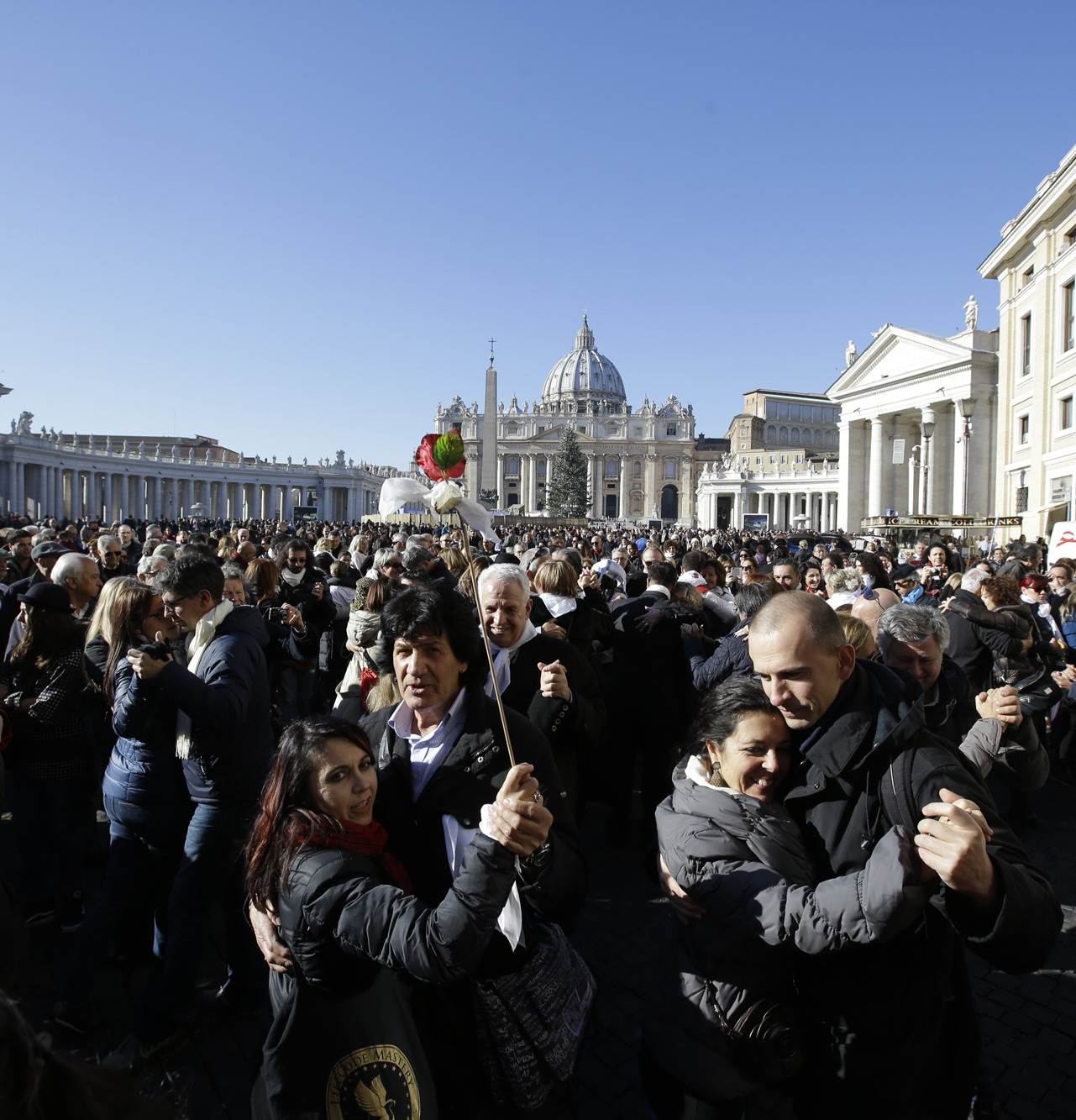