"That’s nice": Jon Voight did not know about daughter’s wedding to Brad Pitt

Angelina Jolie’s father Jon Voight found out about his daughter’s surprise wedding to Brad Pitt when the rest of the world did. Asked whether he had a comment, the Oscar-winning actor quipped: “That’s nice.” While Voight is happy for the couple, he hasn’t had a chance to wish them congratulations yet.

It seems like it was very nice – and with all of the kids involved, it must have been a lot of fun and very beautiful. I’m happy for them.

Voight’s contentious relationship with Jolie, 39, his daughter with the late Marcheline Bertrand, has been well chronicled in the past. The two reconciled in early 2010 after years of estrangement. This is not the first time Jolie kept a top-secret plan from her father. The star, who underwent a preventative double mastectomy in early 2013, similarly kept her father out of the loop. 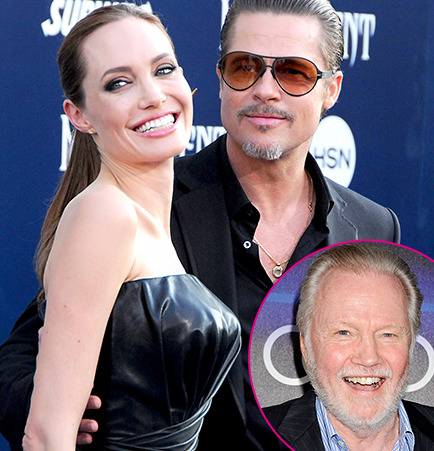