FIFA bosses secretly doubled their salaries to $201,000 earlier this year, leaked documents reportedly reveal. The alleged bumper pay rise, reported by The Sunday Times, comes despite football’s governing body facing some of the most serious corruption claims in its history. The newspaper, which has published a series of damaging allegations in recent weeks, said the windfall was in addition to expenses of up to $100,000, plus free business class flights and five-star hotels, that executive committee (Exco) members can claim.

[The organisation] cannot comment on every morsel The Sunday Times picks out of the hundreds of millions of emails they claim to have in their possession.

It claimed FIFA’s president, Sepp Blatter (pictured above), also awarded members $4.4m in secret bonuses from cash the organisation raked in at the 2010 World Cup in South Africa. The Exco is FIFA’s main decision-making body and is made up of officials from every continent, most of whom hold down other jobs. Led by Mr Blatter, it is the committee which controversially awarded Qatar the rights to host the 2022 World Cup. Mohamed Bin Hammam, the country’s former football boss, is accused of paying bribes to officials in order to secure the competition. 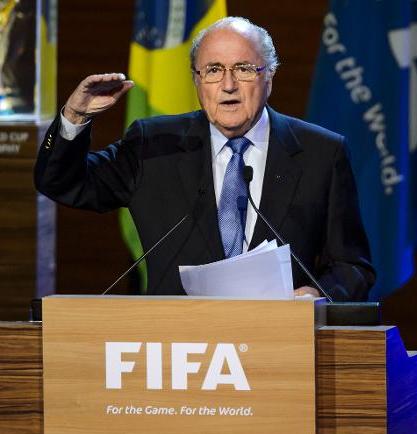