The governor vs the ex-general: Indonesia presidential race heats up

One of the two hopefuls in Indonesia’s presidential election has been accused of being a closet Christian, the other of being a foreigner and unfit to lead the nation. As the race for the presidency tightens, mudslinging between supporters of Jakarta Governor Joko “Jokowi” Widodo and ex-general Prabowo Subianto is increasing. Jokowi has been forced to defend himself against the attacks which are mainly focused on his race and religion, potent topics in a country that is 95 percent native Indonesian and has the world’s largest Muslim population.

People in rural areas and people with middle to lower income and education tend to believe the black campaign (against Jokowi). That is why the electability of Jokowi is decreasing significantly.

Attacks against Prabowo included questions about his mental well-being and claims that he is a Jordanian citizen. But the majority of the negative campaigning has been on Prabowo’s human rights record as a top general, in particular during unrest that brought down his former father-in-law and long-serving autocrat Suharto in 1998. Prabowo’s former boss said he had deliberately misinterpreted orders and told troops who were not under his command to arrest political activists. Indonesian presidential election will be held on 9 July 2014.

Prabowo’s human rights issues are not really influencing voter behaviour when compared to the black campaign against Jokowi. This is why it is hard to predict who will be the winner in the next election. 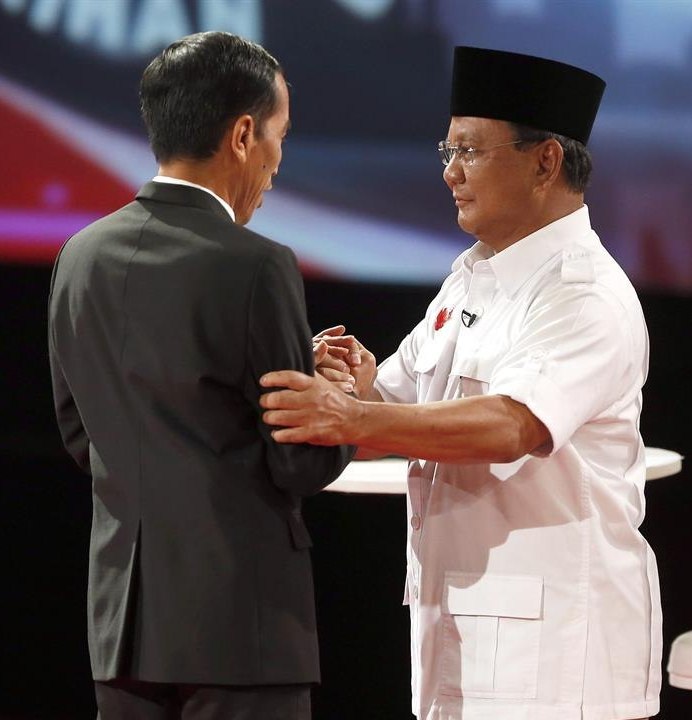