Bob Dylan’s lyrics for “Like a Rolling Stone” and “A Hard Rain’s A-Gonna Fall” are expected to be the highlights of Sotheby’s rock and roll auction next week. The handwritten, annotated manuscript for “Like a Rolling Stone”, considered one of the most influential songs in postwar music, could sell for as much as $2 million, while the lyrics for “A Hard Rain” have a pre-sale estimate of $400,000 to $600,000.

A lot of this material is the soundtrack for a generation… Bob Dylan is probably the most studied rock performer of the last 40 years. Rock and roll was so intrinsically tied to the social change in the 60s and also to the generation that was coming up.

This is Sotheby’s first dedicated music history sale in more than a decade. Sotheby’s decided to hold the sale now to test the market and to see what collectors are interested in buying. Earlier this month, original manuscripts and drawings by former Beatle John Lennon sold for $2.9 million, more than double the estimated price.

The market is becoming a little more mature and advanced and we had the chance to offer the Dylan manuscripts, which I think are incredibly important. 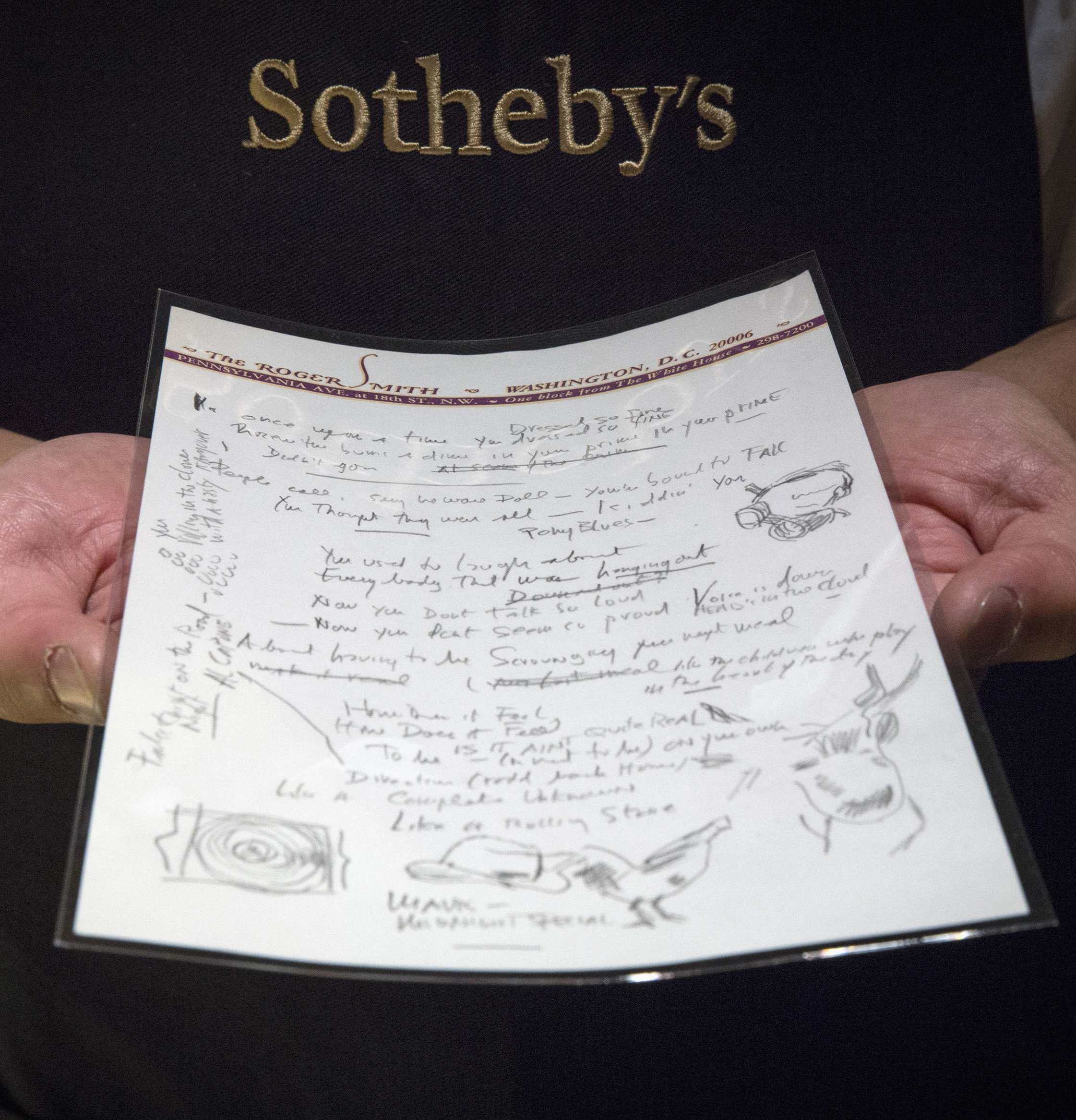